Police officers from Garrissa are currently investigating an incident that allegedly happened in the evening of yesterday after one of their colleagues allegedly blew himself up using a grenade moments after realizing that he had murdered his lover or rather, a woman he was spending his night with. 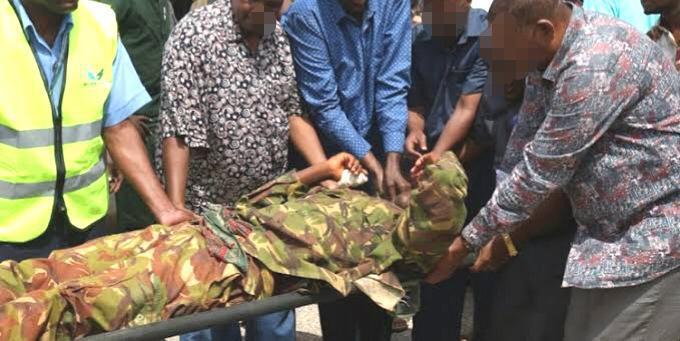 According to the reports given by the officers who are currently investigating this incident, they revealed that they were forced to rush to safety after hearing a loud bang that came from the grenade that the officer allegedly used in killing himself.

However, the officers who had set themselves ready to fight any oncoming enemy after thinking that they were being attacked by Alshabaab were forced to go to the Officer's room after realizing that the loud bang had come from his house.

To their surprise, they found the body of the police officer along with the body of a woman who is reported to have been murdered by the officer who allegedly stabbed her to death before he decided to take his own life perhaps, regretting what he had done to the deceased.

Further reports given by his colleagues have revealed that the officer in question had allegedly been left his wife who took his child away after they had a bit of misunderstanding between them. According to them, they claimed that the Officer's trouble begun after his wife left him.

The bodies of the deceased were later taken to the Mortuary. This is happening at the same time when the government thought the inspector General of police, Hillary Mutyambai has revealed that they have put in place good measures to see that officers are helped with their mental health issues.

In the past few months, a number of police officers have gotten themselves in trouble after committing murder among other crimes and for this reason, the inspector General of police has revealed that they are currently looking into this. 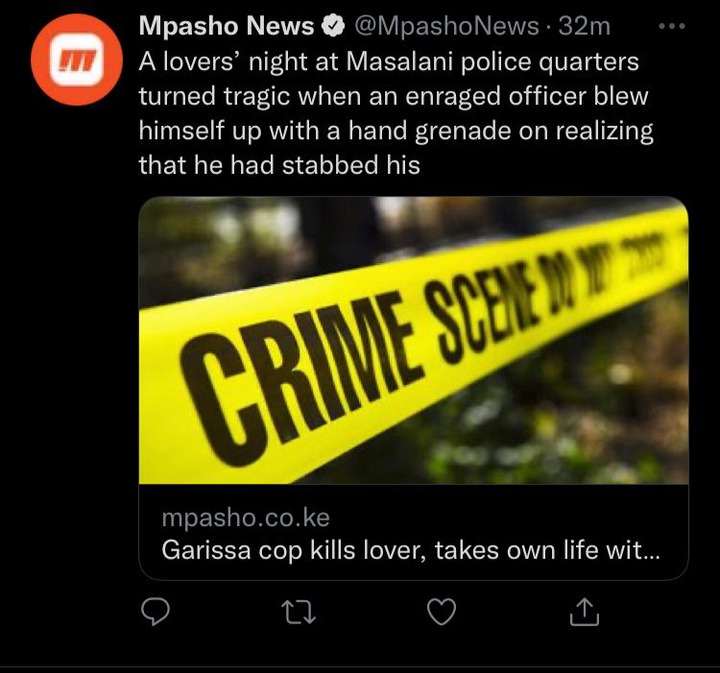