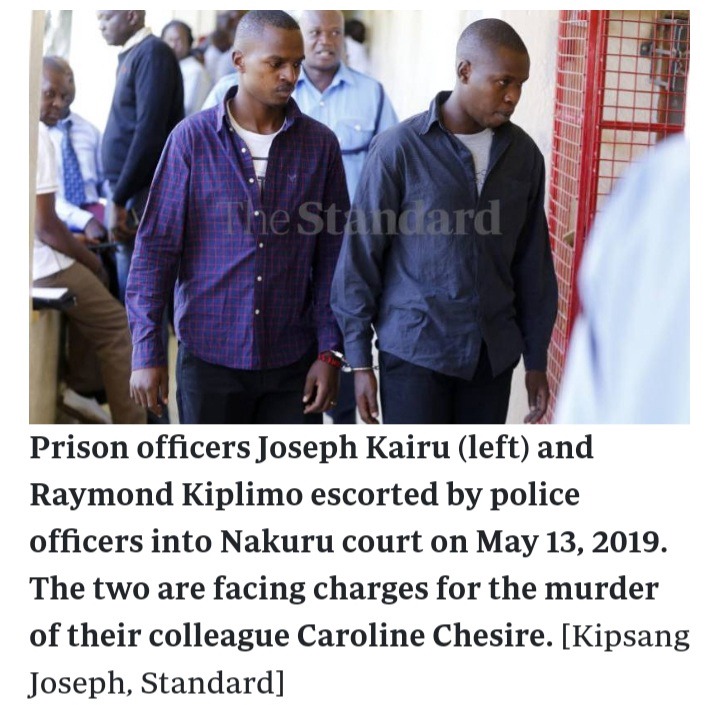 A key witness in the killing of an ex warder has placed one of the suspects at the site where the body was found.

Giving his testimony infront of Nakuru law Court on Tuesday, Peter Makori, stated a vehicle he gave out to Joseph Kairu, one of the culprits who took part in the gruesome murder, was found in Subukia sub-county where Chesire was found dead.

Kairu and Raymond Kiplimo are two suspects accused of Killing Caroline Chesire, their fellow, on diverse dates that is April 2 and 3, 2019.

Chesire’s remains were discovered thrown in a bush at Githiolo village in Subukia, Nakuru County. 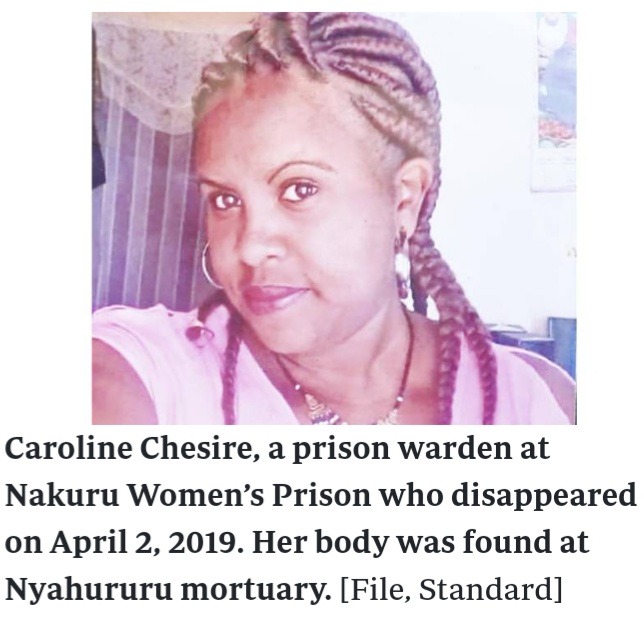 Makori explained to Justice Rachel Ng'etich that Kairu was together with Martin Katua when he was hiring the vehicle at Pem Tours and Travellers company in Nakuru town.

He confirmed that Kairu gave out Sh3,500 for the Toyota Axio registration KCR 077L that was tracked in Subukia. 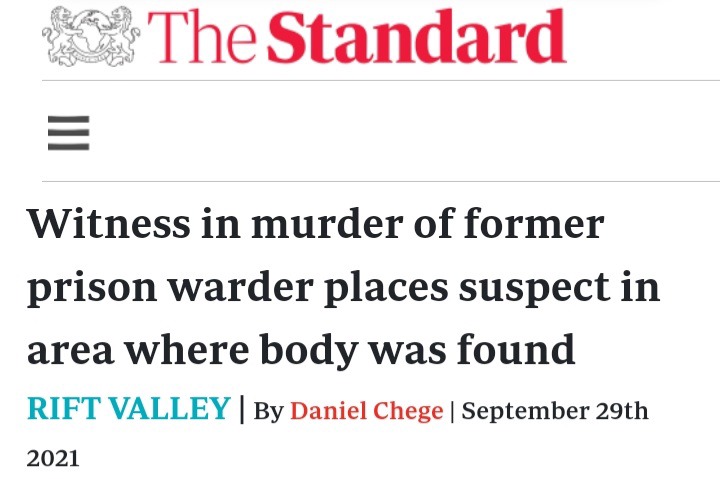 "Katua said the suspect had asked to hold the vehicle for another day and vowed to cater for the payment. I requested Katua to give me the Sh3,500,” he said.

He confirmed that the tracker indicated that the vehicle was around Mogotio and Kampi ya Moto.

Makori added that on the fateful day April 3, his tracker indicated that the vehicle was in Nyahururu before heading to Subukia.

Autopsy results from Nakuru War Memorial Hospital morgue showed that the deceased was strangled to death revealed by blood clots around his neck, tongue, nose and hands.

Police stated that Chesire went missing while in the company of the two suspects at a club in Nakuru.

Kiplimo and Kairu were both released on a surety bond of Sh2million. Their case was scheduled for mention on November 30.