A man has opened up revealing how he lost 11 of his family members in the Kitui Bus Tragedy. In his own words, Nzau who expressed his pain after Loosing his only sister and her two children said that the only remaining family members who he can count on are his grandparents who he said are currently in shock. According to the reports given by Nzau, he said that Most of his family members who were on the ill-fated bus died adding that none of them survived. The seemingly heartbroken man who claimed that he feels lonely has revealed that both of his grandparents are still in shock and haven't said a word after they received news about the death of the other family members whose bodies have been retrieved.

I don't have anyone else except my grandfather and grandmother who as per now can't even speak or say anything. It's like they're not even here with us anymore. Immediately they received news about the sudden death of our relatives, they kept quiet, have not said anything since then, I have tried speaking to them and they haven't said a word. All they do is just stare at me as if they're in a deep conversation with themselves. I don't understand what is happening. All I know is that I'm kind of alone now, all my siblings are gone along anyone who I can call family. My grandparents are too old to even be here for me", he said.

In the latest news on the incident, a number of Kenya Defense Forces who are currently searching for the victimsc have revealed that the death toll has already increased to 31 after they allegedly pulled out 8 more bodies. According to a Senior KDF, he said that they're going to keep on searching. 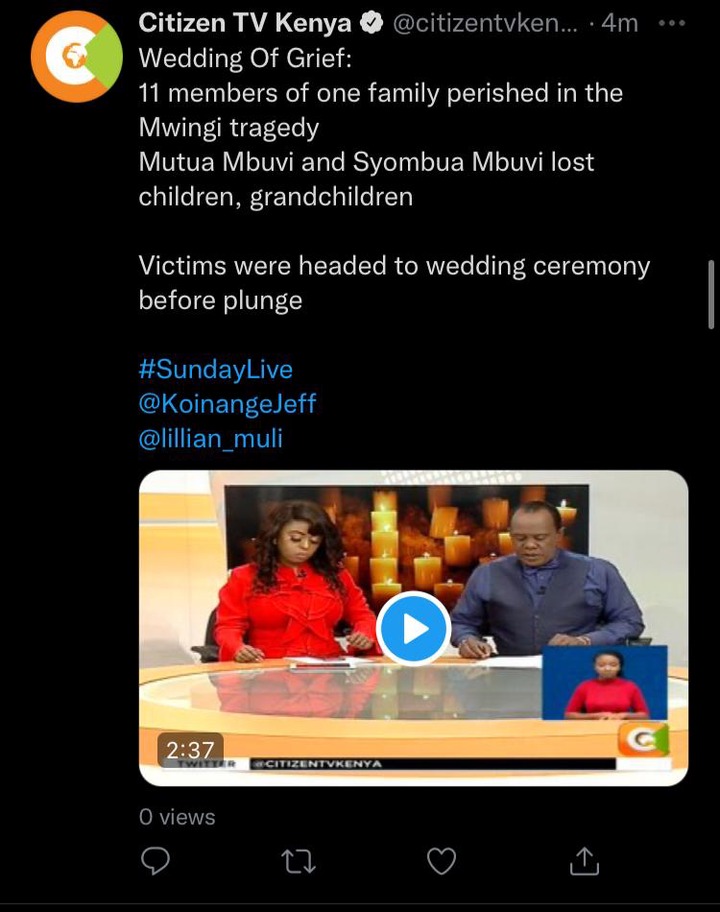