Police officers from Tanzania have arrested a man who is reported to have murdered his wife moments after he allegedly caught her in his house with their neighbor. 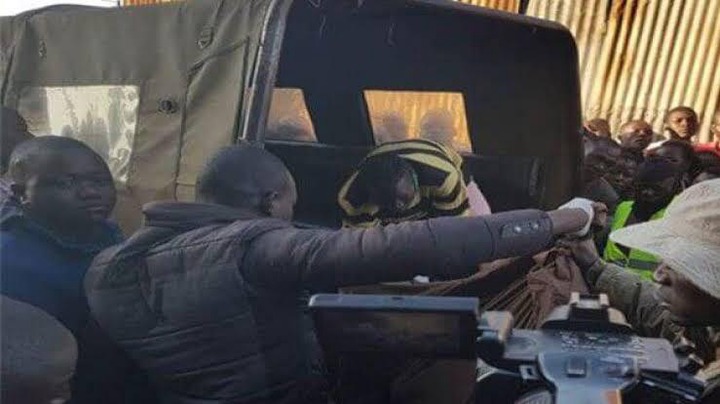 According to the reports given by a reliable source of information, it had been revealed that the suspect allegedly got into his house after which he allegedly attacked the two of them with a Machete.

Luckily, the man's neighbor who was lucky enough is reported to have fled from the crime scene by jumping out of the house using an open window leaving the woman alone.

The deceased who has been identified as a 28 year old Mimi Masonga was allegedly butchered by her husband who slashed her several times leaving her for dead after which he fled from the crime scene.

Neighbors who heard the whole commotion rushed to the crime scene in attempts to help the deceased were allegedly shocked after finding the body of the deceased lying on the ground in a pool of blood. The deceased is reported to have died on the spot.

While reacting to this incident, police officers who responded to the alert from the neighbors revealed that they found the body of the deceased who they claimed might have been having an affair with her neighbor in bed along with the murder weapon.

They later took her to the Mortuary after which they launched a search for the suspect who had gone missing under unclear circumstances. Luckily, they revealed that they were able to arrest him after flashing him out in one of his hideouts.

Expressing their concerns and fears on the increasing cases of murder and suicide Tanzania, officers who are currently investigating this incident have called upon residents to look for other alternatives while solving their disputes instead of killing each other. 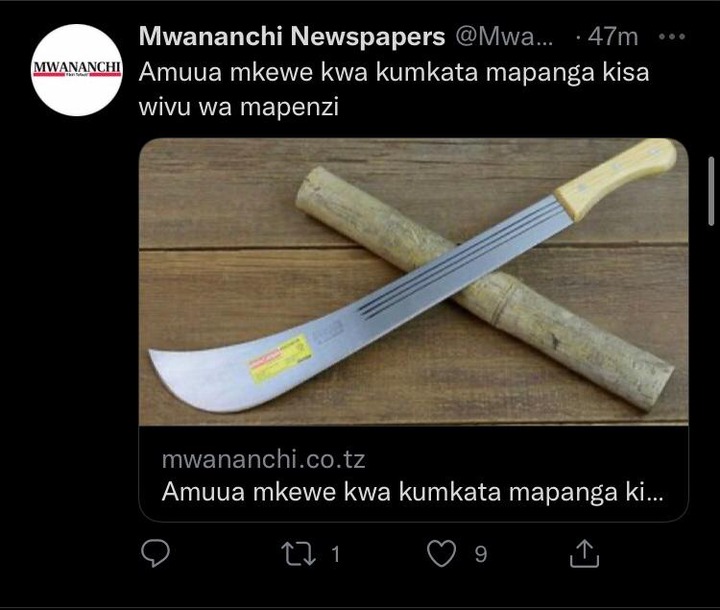