By MwikaliJuly (self media writer) | 1 month ago 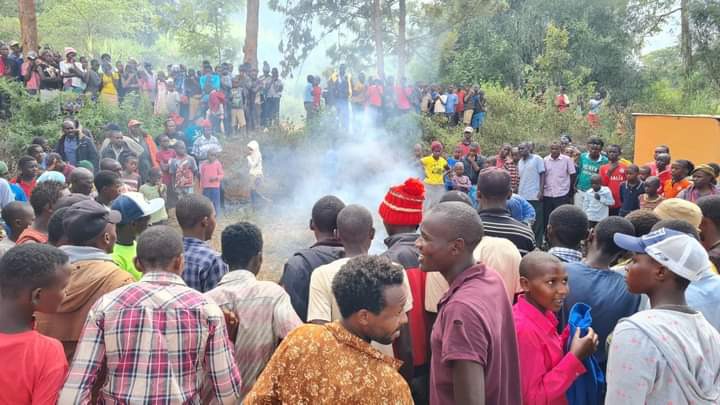 A 27-year-old man has been beaten and lynched to death by an irate mob in Ivumbu location, Mbooni constituency of Makueni county.

It is alleged that the deceased had defiled two girls aged 7 and 8 years and killed them and left their bodies locked up in a house.

According to an eye witness it is said early in the morning the two girls disappeared and upon investigations by the locals the 27-year-old had followed the girls and took them to his house and did the heinous act upon them.

The man is said to be a house boy in one of the households in the area and he had locked up.the bodies of the girls in his servant quarter where residents demanded he open up the door where they found the two bodies.

"It was early in the morning when two girls disappeared and their parents started looking for them only to find out the deceased a house boy in a nearby house had took the girls defiled them and killed them," he said.

"Later residents caught up with him demanding him to open the door where they found the girls bodies. They beat him and set him on fire till he died," he added.

Bodies have been taken to Tawa Hospital as investigations are launched.

Content created and supplied by: MwikaliJuly (via Opera News )

Ruto The 5th: Check How Ruto Was Cheered As He Left Meru (Video)