By HapoNews (self media writer) | 3 months ago

Physical tussles can sometimes be hilarious and at the same time painful to watch. Fights between men and women in most cases turn ugly, and in a way that usually favour women. While men will be throwing blows and displaying all kind of martial arts and acrobatic efforts to win the battle, most women will be targeting one part of the man's body, the testicles. And by this technique, they end up winning easily. A case has been witnessed today in Nairobi, Nyamakima area. Early this morning, a man was forced to scream for help after a fight he had been sure of winning turned against him. The man who seemed to have trespassed in the woman's business area engaged the voluminous woman in a heated argument that after all wasn't enough to quench their conflict. The woman appeared to be raged more than the man, who seemed to have acknowledged his offence and wasn't ready for a fight. But the woman couldn't hold back his raged, and so decided to gift the man a couple of slaps, that angered the him. The man decided to fight back, but the woman proved to be too strong, and in a single opportunity given, she got hold of the man's testicles, physically manipulating them in an attempt to crush them up. 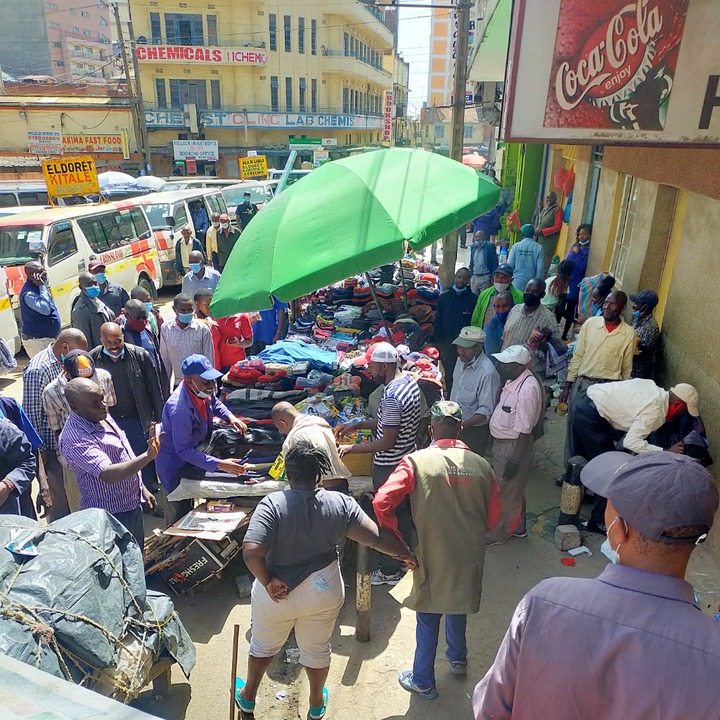 At this stage, the pain forced the poor man, who also appeared to have come from an early morning drinking spree, to scream for help from pedestrians and other business people round the area. The screams put busy Nyamakima area to a stand still as many watched to see what would become of the fight while men who understand the pain rushed to rescue their counterpart. The actual cause of this fight has not been established, but the woman claimed the man had trespassed in her area and it wasn't the first time he was doing it. Luckily, the fate of the man's "balls" was sealed to "stay put" as rescuers came right in time. The rescuers also ensures the situation was calmed down before they dispersed back to their businesses.

Daring Thief Steals Two Phones From Asian Guests In A Kisumu Restaurant Then Takes Off (Watch).