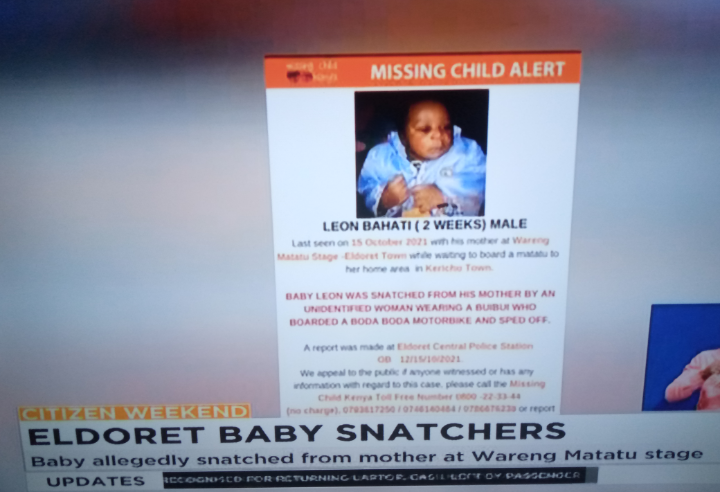 The pain of losing a 2-weeks child still haunts a family in Kericho County and they are hoping that they will get their child back after reporting the case to the police officers who promised that they will investigate the issue. According to the mother of the child, she revealed that she was waiting to board a Wareng Sacco vehicle where a Bodaboda rider waved at her before the incident happened.

Furthermore, she revealed that the woman who allegedly snatched the baby was wearing a black sweater but she failed to recognize the number plate of a Bodaboda that she used to escape from the scene. She declared that they have received very many strange calls from the people after delivering their number to the public where others claim that they are pastors and they want money for them to get their child. They received a call from Migori where they were informed about a baby but they later discovered that he was not the one.