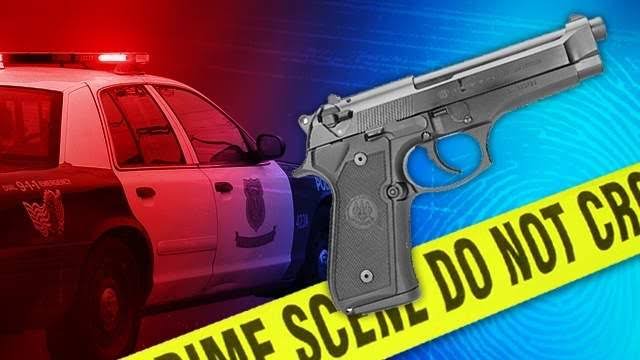 A woman who saved a man fleeing from armed assailants in Igembe, Meru county, was shot on her left leg as the thugs sought to know where the man had disappeared to.

The brave woman who kept mum on the whereabouts of the boda boda rider hiding under a bed in her house, is currently recuperating at a hospital in Meru county in stable condition.

Eliphas Mutwiri, a boda boda rider at Laare market in Igembe, was ferrying two pillion passengers to Joune market when one of them suddenly brandished a pistol and ordered him to stop.

A defiant Mutwiri declined and a scuffle ensued as he tried to disarm the thug, who had reached for the bike’s ignition key. In the ensuing melee, the firearm discharged one round prompting Mutwiri to dump the bike in a ditch with the thugs on board, before taking flight for dear life. 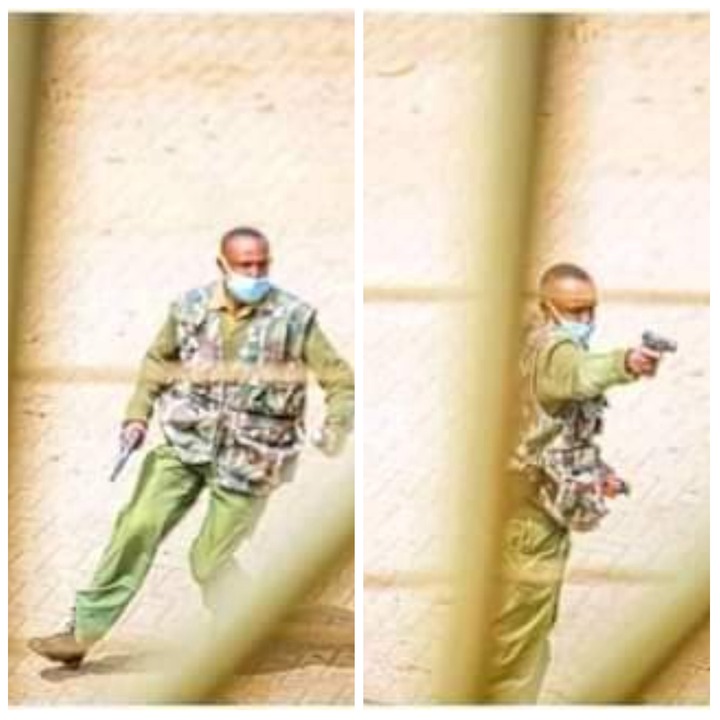 As the thugs gathered themselves from their fall, Mutwiri sought refuge at the woman’s house where he was ushered in the most unlikely of places.

The agitated thugs who were no longer interested in the bike, stormed the woman’s house a minute later baying for Mutwiri’s blood. When the woman denied harbouring the rider, the thugs shot her on the left leg as they fled.

Following the woman’s shooting, a heartbroken Mutwiri crept out of his hideout and together with neighbours who had responded to the gunshot sounds that reverberated across Mutuatine, helped her to hospital.

A manhunt for the duo was launched last night and detectives are closing in on them to answer to their crimes. 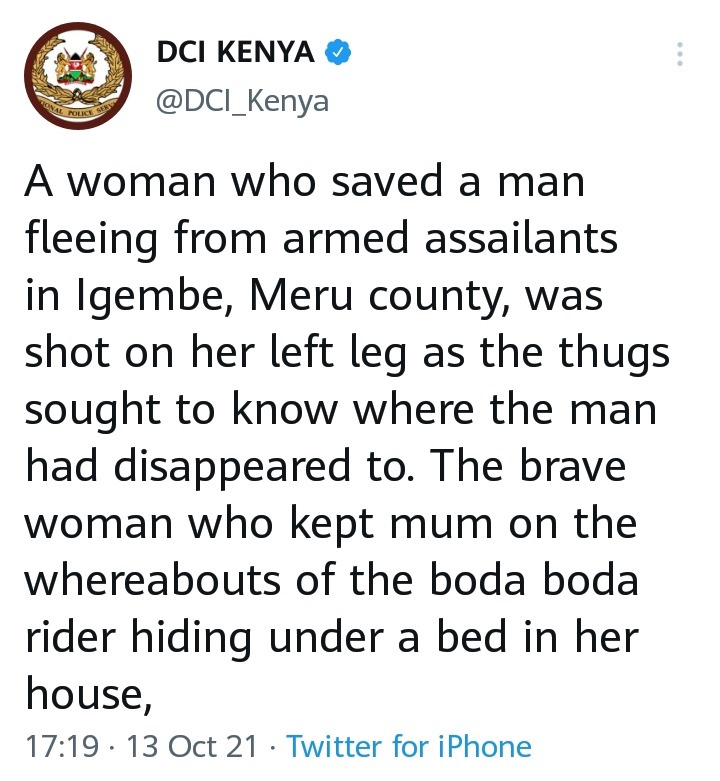