Popular whistleblower Blogger Cyprian Nyakundi has leaked a video on Twitter of a student being roughed up be members of public after allegedly being discovered to be in possession of a kitchen knife. 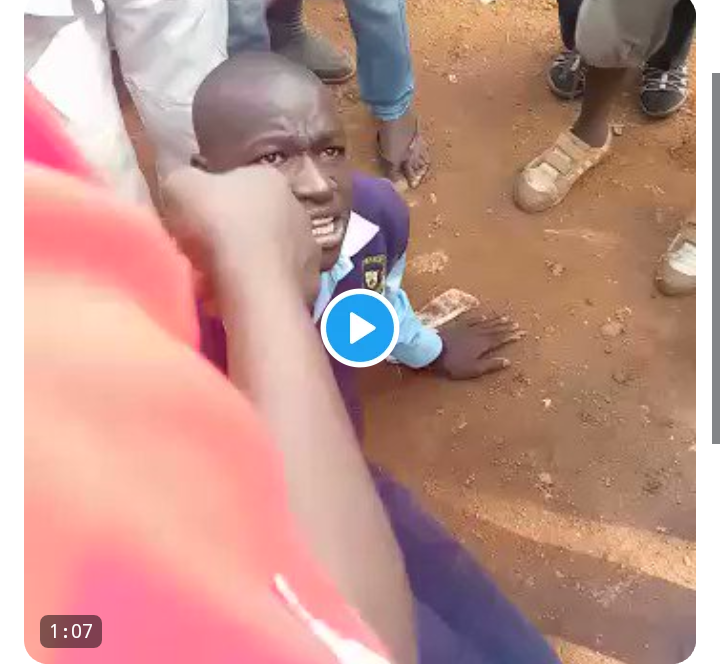 Cyprian Nyakundi, a popular whistleblower blogger, uploaded a video on Twitter of a student being roughed up by members of the public after supposedly being found in possession of a kitchen knife.

The student schools at Rangala Boys High School, an institution that was closed indefinitely due to student misbehavior. The pupils argued that they should be allowed to go because they are not used to being in school during the December holidays.

What piqued the crowd's interest was that, despite the fact that the whole school had been sent home, the kid, still dressed in school uniforms, was still lingering around, prompting some residents to speculate that he was looking for a teacher in order to attack him or her.