Residents of Zaria area in Kaduma state were thrown into mourning after receiving reports that an 8-year-old girl who had been missing for more than a month, had been allegedly killed by her kidnappers. The young girl known by many people as Asmau Shuaibu had been allegedly abducted by one of their neighbors in early December 2021. 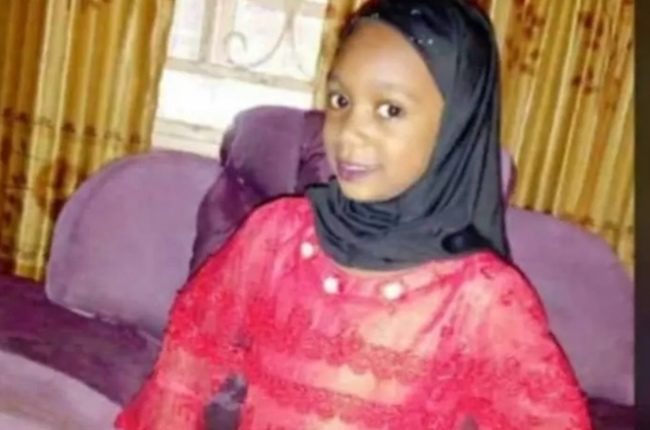 This incident arrived almost same time with the abduction and murder of another 5-year-old girl known as Hanifa Abubakar in Kano State.

While being interviewed by the Daily Sun on Saturday 22, Asmau's father, Alhaji Shuaibu Wa'alamu, how his daughter was kidnapped.

"My daughter was kidnapped on the December 9, and when she failed to return home, I submitted a formal complaint with the police. Later, the abductors called my number and demanded that I get them a ransom of 15 million Naira. We negotiated and agreed to that I would give N2 million first.

They took the money in Rigasa, and called me again later that they wanted an additional N1.4million only to release daughter. I took the money to them like they requested. However, instead of releasing my daughter, they called to tell me that they killed her then they switched off the phone," He narrated.

Mr Shuaibu said that he has not seen any signs of his daughter even after the bad news from her abductors. Even though the Nigerian police in Zaria area have not yet confirmed the incident, the bad news elicited emotions among the area residents.

How The Machine Gun Stolen From The Police In Lakipia In 2021 Has Been Recovered.