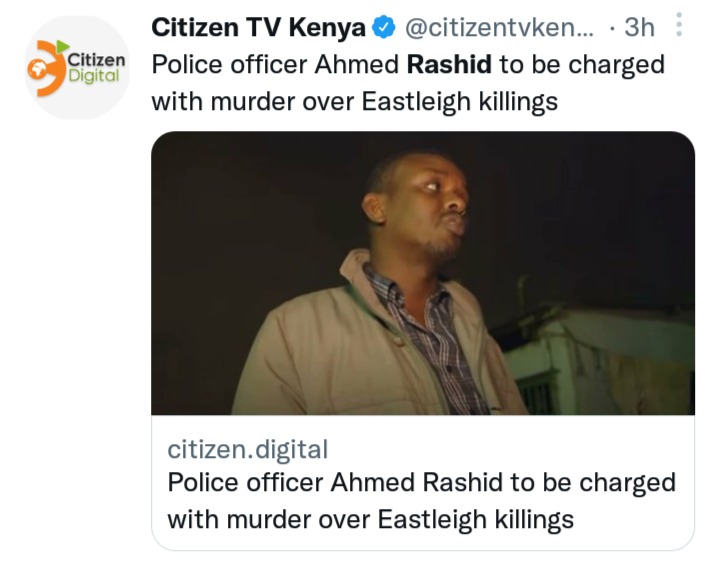 A murder charge has been brought against the controversial police officer Ahmed Rashid, who was caught on camera in March 2017 executing two Eastleigh-based suspected gangsters in broad daylight.

Rashid was in charge of the feared "Pangani Six" unit at the time of the incident. This alleged killer police squad was in the Eastleigh and Mathare slums and is linked to a number of extrajudicial police killings there.

After the Independent Policing Oversight Authority (IPOA) obtained summoning orders from the Milimani High Court to have the corporal appear in court, the corporal is scheduled to enter a plea on December 8, 2022. 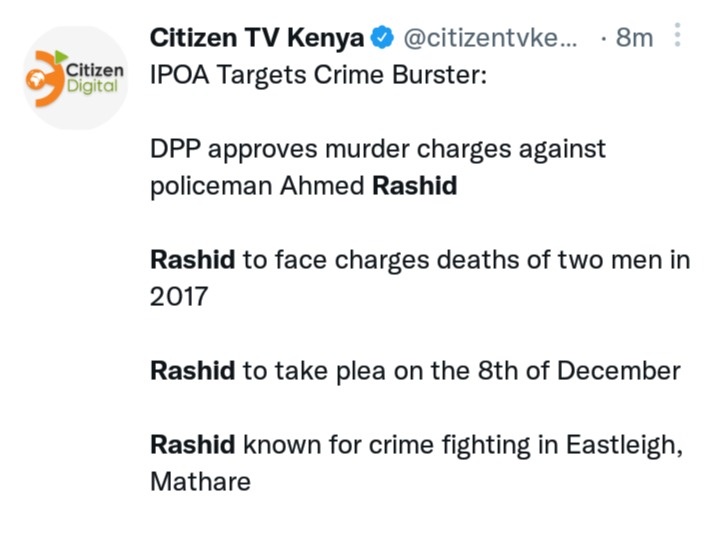 IPOA Chairperson Anne Makori stated that The Independent Policing Oversight Authority concluded the investigation into the deaths of Mr. Jamal Mohamed and Mr. Mohamed Dahir Kheri following a shooting which occurred at Easteigh, Nairobi County on March 31, 2017 and established that the fatalities were occasioned by police action.

The findings were forwarded to the Director of Public Prosecutions with the recommendation to charge Corporal Ahmed Rashid with murder, guided by Section 29(a) of the Independent Policing Oversight Authority Act.

Ms. Makori went on to say that thorough investigations into the deaths of the aforementioned men have yielded sufficient evidence for the authorities to charge Rashid with murder. 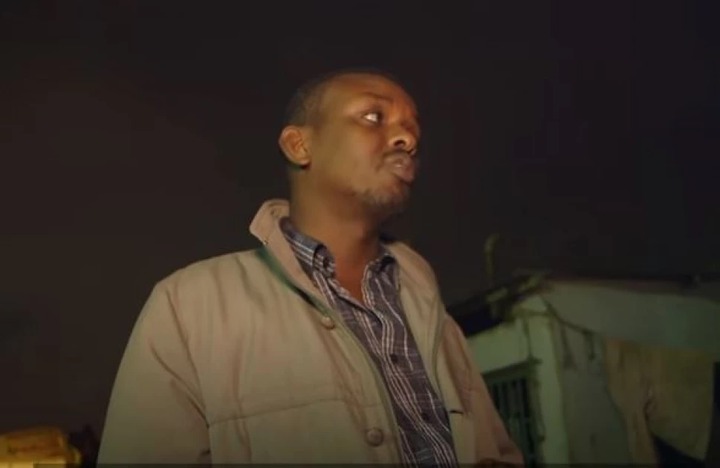 "We need to get them, whether alive or dead;that one doesn't compromise at all," Rashid stated when interviewed