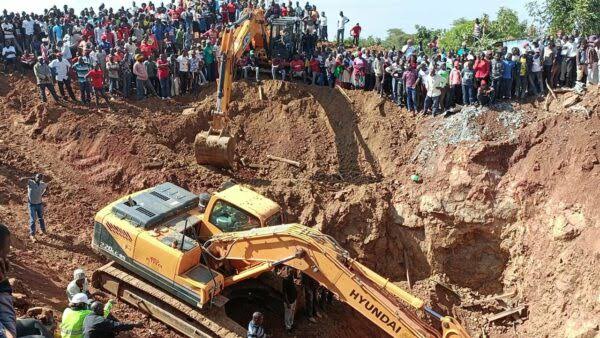 One of the survivors of the Abimbo mining accident which occurred in Siaya County has narrated how he constantly warned their supervisor of the tragedy that befell them. He not made the claims from his hospital bed in Bondo Sub-County Hospital where he is being treated as the search and rescue operation enters its fifth day.

"I warned them that the mine would collapse, but they dismissed me as a little boy," he said. Benedict, one of the two survivors who was rescued on Sunday morning explained that after seeing soil particles fall from the mine's walls, he cautioned everyone but his supervisor brushed off his concerns saying that he was a young boy.

The soil started getting loose at around 9 a.m. On the fateful day during tea break and just like he had predicted, one side of the mine collapsed. The mine finally collapsed at around 1 p.m. when Benedict was almost ending his shift. 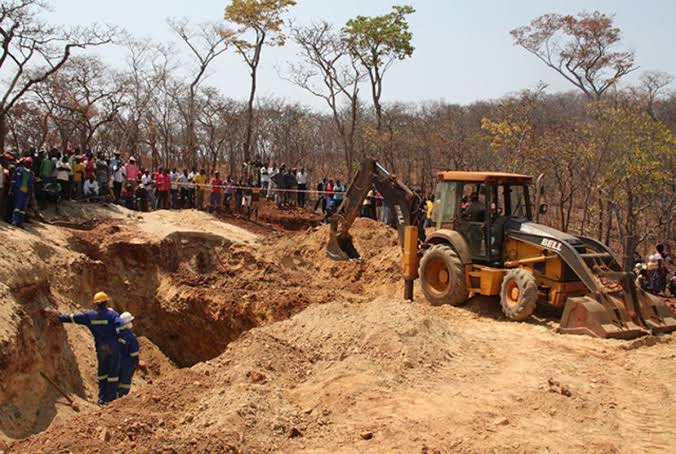 He sustained multiple injuries due to the accident. He had only worked at the mine for three months. In a nearby bed, there was other survivor named Michael who seemed to be in excruciating pain but doctors at the hospital, described his condition as stable.

Rescuers continue to search for the remaining four - still trapped inside the collapsed mine. Communication with the men is done through a pipe. Three of them are together in a box under the mine while one is at a different location. Rescuers said that all the victims need for now is enough oxygen. 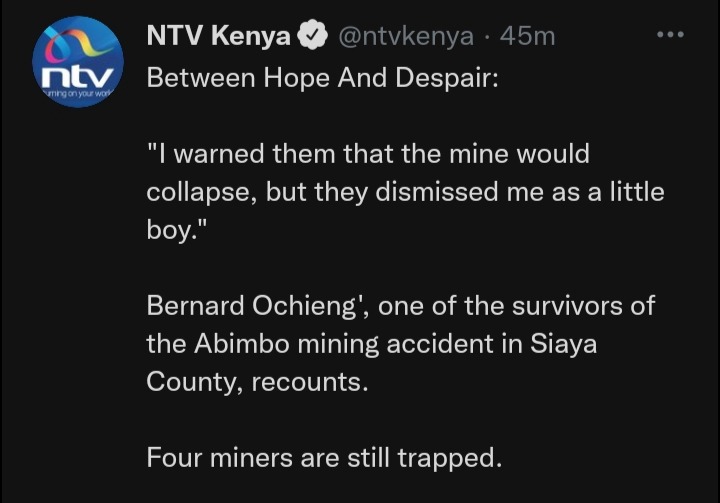