By HotnewsSantos (self meida writer) | 24 days

The incidents of people being brutally killed have been on the rise in the past few months. Kenyans were shocked after the death of ex- journalist and National Lands Commission NLC official Jennifer Wambua who was found dead in Ngong forest. 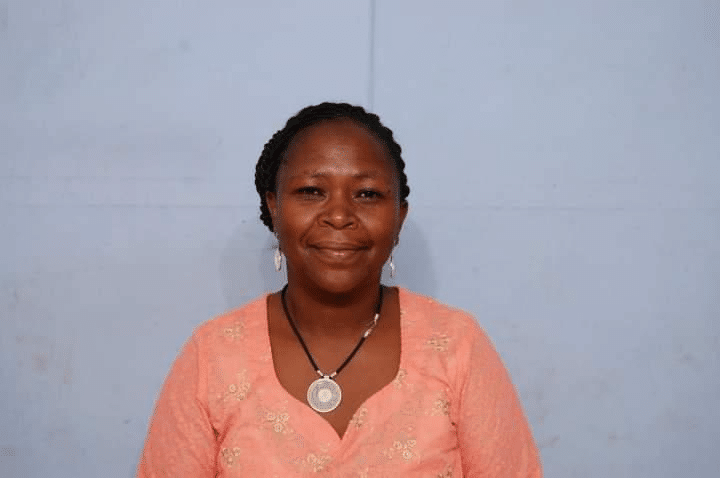 However, two suspects,Benjamin Saitoti Patel and David Sempuan Salav were arrested. According to the famous blogger Robert Alai, the two suspects told the court that they found Jennifer lying at the scene and was alive. They had a chat with her and later joined by a third man.

But the suspects said that the late asked for water and the third man went to get some and they left her with the man between 4 to 5 pm. The Star quoted,

“They claim they met the woman lying there and talked briefly. They said she seemed disturbed and depressed. They claim they were joined by a man they know from the area and is the one who brought her water that we suspect was spiked." 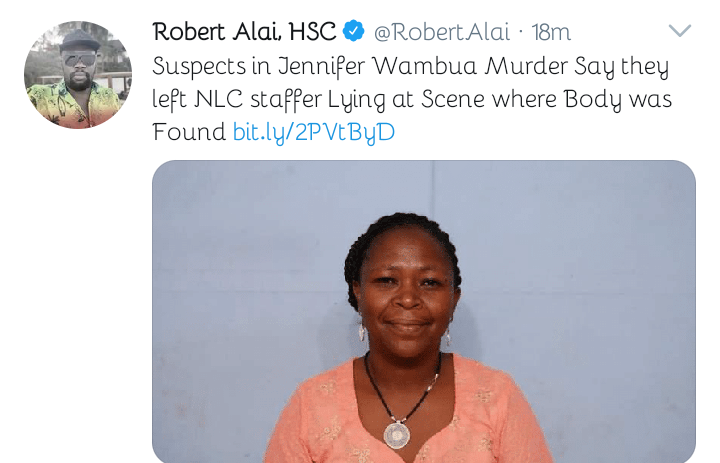 It is believed that the third man, who bought water sexually assaulted her before killing her. The police are searching for the man.

Thanks for your time. Please endeavour to like,feel free to share with others and also do not forget to share your thoughts and opinion in the comment section.

Content created and supplied by: HotnewsSantos (via Opera News )

'World's Poorest President'- Meet The Most Humble Head of State, Here is What he Does for a living

Charity Begin's At Home, Before Negotiating With Mt. Kenya DP Ruto Needs To Make Up With Kalenjins

Manchester City Weighing Up On Rivalling Manchester United To This Top Midfielder, Take A Look