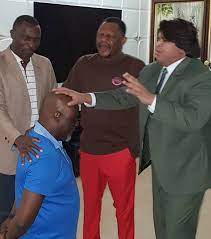 A man identified as Anthony is calling upon spiritual leaders to come to his aid and pray for him so that he can stop seeking employment from people’s homestead leading to him abandoning his family.

Speaking on Radio Jambo morning Program ‘Patanisho’ hosted by Gidi and Ghost, Ms. Karen (30) narrated how her husband Antony (40) could seek for employment in a far place and abandoned her.

Karen further revealed that they had been married for over 7 years and had already been blessed with three children.

According to Karen, the disagreement between the two started earlier March this year after she warned him to stop going to work at people’s homestead but instead stay within their town so that they can help each other.

Antony is said to have travelled to Limuru in March where he was employed but later stopped due to some disagreement with his employer.

He immediately stopped sending money home and started requesting his wife for money claiming that he had no food nor credit for communication because he had lost his job. Karen resulted to selling all her chicken and households so that she can send him money.

Months after returning home, Anthony started to say that he needed to go to another town and look for work but Karen opposed his move.

According to her, life was unbearable without him around and that's the reason she did not want him to leave. She lamented that she is forced to spend a lot of money on him, something that hurts her very much.

She said that her husband has a habit of arguing with his employer and being fired because of his incompetency and his hot temperedness.

Karen wanted her husband to stay home and cancel his plans to go to work in Eldoret but instead assist her in taking care of their family and do house chores as she hustled to cater for her family needs.

In the bid to assist her, Gidi and Ghost contacted Mr Antony was called, who defended himself saying that he had lost his job in Limuru after his employer added him to some extra job that he had not contracted for but refused to do.

He further claimed that the new job opportunity he had secured for himself was far much better than the latter one because it was an agribusiness job that was paying well.

He also told Gidi that he had planned to travel on Tuesday but feared telling his wife because he knew she could not allow him to go hence planned to inform her after he had left.

Ms. Karen and Gidi's efforts to persuade Anthony to stay home with his family were fruitful. Anthony agreed to his wife proposal and agreed to do agricultural work at home.

He further said that he was going to consult his pastor to pray for him so that desire of abandoning his family could stop.

"From today I want to find a preacher to pray for me so that the demon that pushes me to go to people's homes can leave me. If that demon comes out I know things will be fine" Antony said. 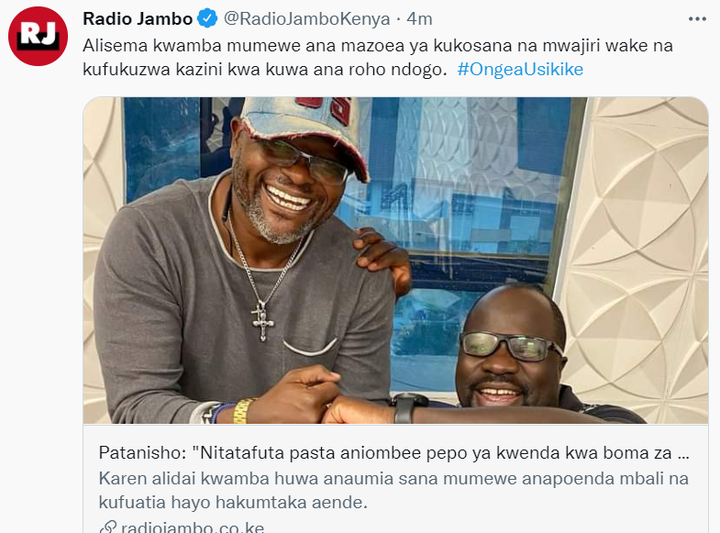