Death is inevitable. Yes, you can’t surmount it whatsoever. However, it should be natural, genuine, and unquestionable. Living in Kenya in recent times is more than luck. If you don’t know why then you might be the only visitor in Jerusalem.

On the burial day of the Kianjokoma brothers, I posted their picture on my WhatsApp status only to be asked by a friend, “Like what transpired?” I got quite raged and only replied in my mother tongue, “you’re joking!” Are you your brother’s keeper? Or are you just concerned with yourself and will only pop your nose on the other side once fate has taken charge?

Fine, no need to go deeper but we have to talk about this in black and white. What is the need for such mysteries? Kenyan police officers are now no longer security personnel but bandits. Harassing, apprehending, and beating you to death or shooting you to die and concoct a very impractical and almost convincing story.

In the past two weeks, there have been close to four extra-judicial killings that raised eyebrows. Many Kenyans and especially youths and children are the main victims and casualties of these inhuman acts. So grotesque and leaving behind kith and kin in trauma.

Kayole’s incident, came days after bikers in Kitengela demonstrated just a week after Kianjokoma residents staged a confrontation with the police. Unfortunately, it is only in Kitengela that there was no other casualty. We vividly recall, in Kianjokoma, a man was gunned down. In Nairobi’s Kayole, scores injured and one more shot.

This means death is a routine in Kenya today.

These aren’t the first cases though. Do we still remember the six-month-old baby Pendo? For them, justice came a year later after the handshake brothers but life was already lost. Lencer Achieng’, Pendo’s mother, has indelible memories of what happened that fateful night, 12.30 a.am as her little angel’s life was abruptly crushed.

Duncan Ndiema pleaded not guilty of killing 13-year-old Yasin Moyo who stood on a balcony watching them enforcing the 7 pm curfew rule. Days later, in the same Mathare constituency, Mbaite, a penurious, helpless, and homeless man was also shot dead by police. This touched me and I felt shaken. Shooting someone sleeping in his hideout. He isn’t violent, neither is he stealing from anyone. Residents took to the streets and I guess this is the first of the recent cases since covid-19 and curfew rule emerged.

Even if the murderer is granted a lifetime jail term, life once lost is no more and it is irretrievable. National Police Service ought to ensure that the servicemen and women are of good mental status before arming them. This will play an essential role in curbing such vicious incidences.

Mental health, in my opinion, is very vital. I suppose someone in his or her right senses can’t just kill a fellow human being barbarous. Or is it under influence of drugs? Might there be a notion that if you kill, you get transferred and you be promoted?

I had to bring in the point of transfers because it is the way cop murderers escape from the jaws of justice. It is because of such that the law hasn’t always taken its course in most cases. Don’t forget, justice delayed is justice denied. Once you move the officers to another station, you automatically interfere with the process of acquiring justice.

The Ministry of Interior has to look into this with the gravitas it deserves and act accordingly. Some only get justice after the interventions by the public and human rights activists. Nonetheless, many others still yearning for a fair hearing and fair judgments.

It is no doubt that Kenyan police have turned to be beasts. Not all are stained in this but the few involved spoil the good reputation of the others and the whole service. Missing Voices, KNCHR, and all other human rights activism bodies should continue enlightening the general public and blowing the whistle on evils they spot. Furthermore, like we have witnessed in Kianjokoma, Kitengela, and Kayole in the recent few weeks, for me, I can urge Kenyans that if peaceful demonstrations can make voices be heard, then no retreat, no surrender but don’t make it violent. 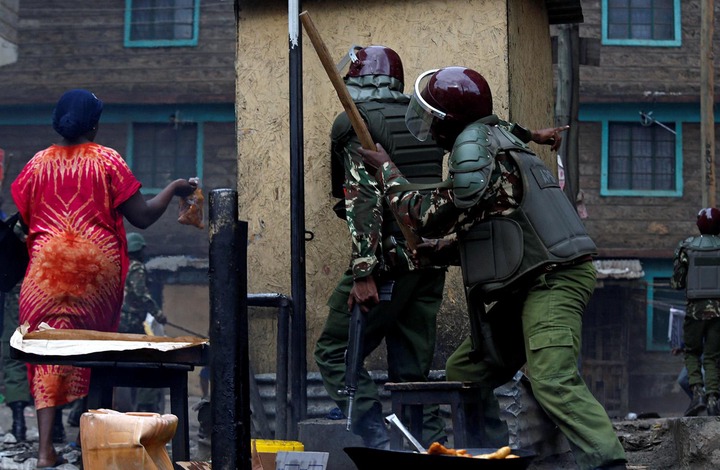 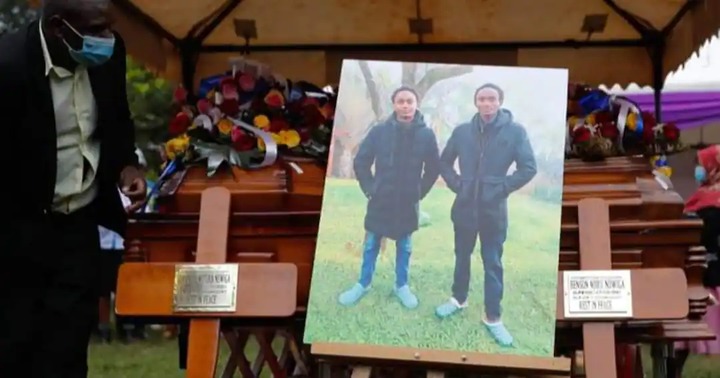