By FrankUpdatez (self media writer) | 5 months ago 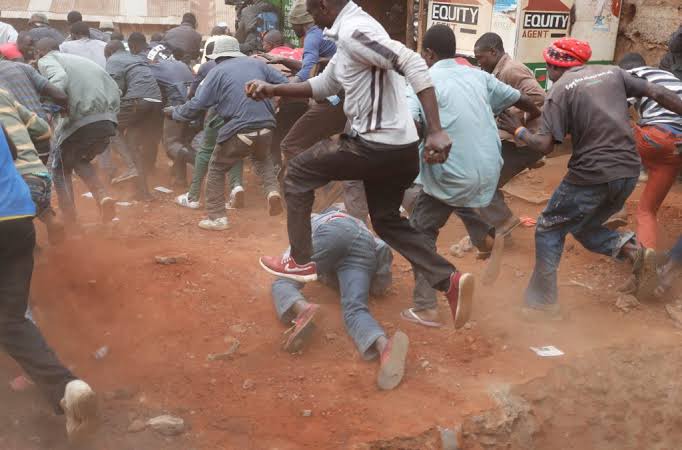 One of the bullets removed from two cousins who were shot outside Gatundu Law Courts has gone missing at Thika Level Five Hospital.

It is believed that after it was removed from the victim’s body, the bullet disappeared in the hands of medics.

According to Humphrey Kimani, a relative to the cousins, the bullet mysteriously disappeared from their sight when the two were receiving first aid at Gatundu Level Five hospital before they were transferred for specialised treatment at Thika Level Five Hospital.

The two young men has just won a case over a disputed land and were leaving the court rooms when all hell broke loose.

Reports indicate that a lone gunman who was riding a motorcycle sprayed the duo with over five bullets leaving them for the dead before he escaped.

However, their kins have alleged something fishy is going on as the police are also not cooperating to help nab the suspects.

According to one of the relatives, there are several Cctv footages from the area that could lead to the arrest of the rogue criminal.

They have also called for the DCI to investigate the hospitals for the mysterious dissappearance of the bullets.

They have decried not receiving ballistic information that would work well to help nab the rogue killer. 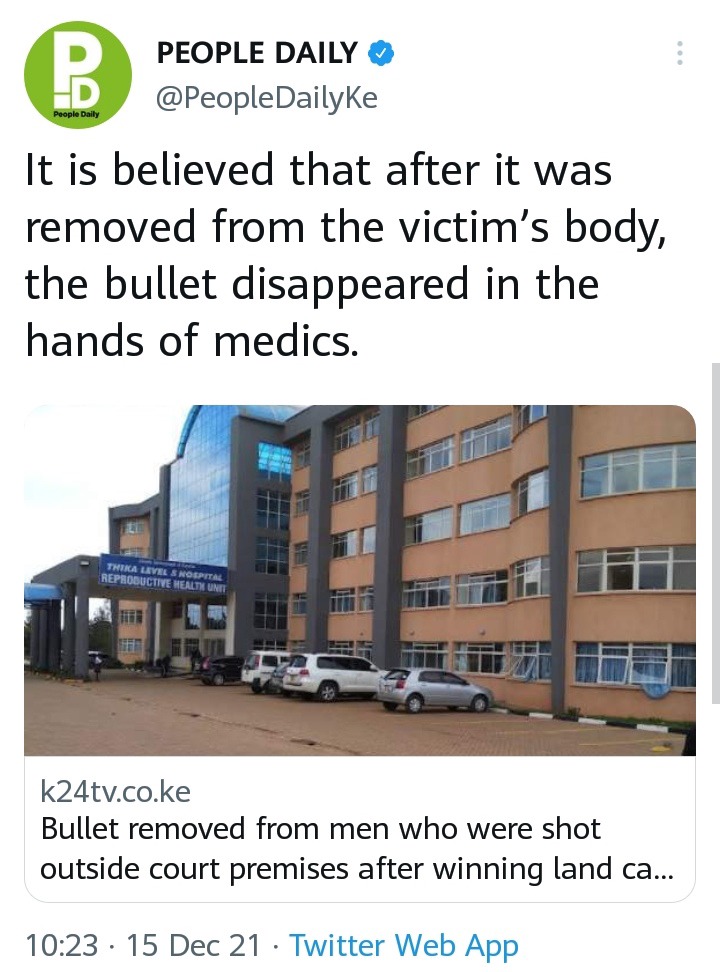 Two Pranks That Got Kenyans Unaware