Bungoma: Drama As Shallow Grave Containing Busaa Is Found Where A Local Chief Was Buried

By ShamuAshale (self meida writer) | 7 days 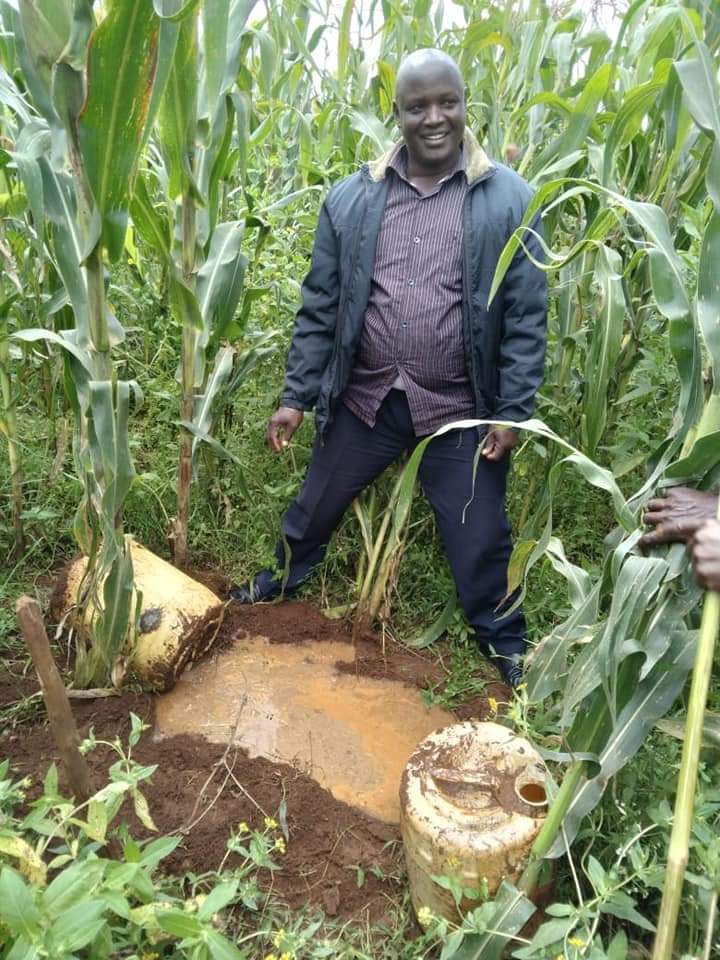 Drama was witnessed in Mt Elgon Constituency as unknown woman believed to be from Kabras in Kakamega County buried the local brew known as Busaa and fled to his native area.

The grave was found near where the late Chief's remains was found.

The late Chief Kipsang was murdered by unknown assailants and his body found buried in a shallow grave.

According to a post made by a local Bungoma Blogger Masuti Chemasuet, the drama took place 60 metres from where the Chief's body was found buried in the expansive controversial Chepyuk settlement scheme in Kopsiro sub county. 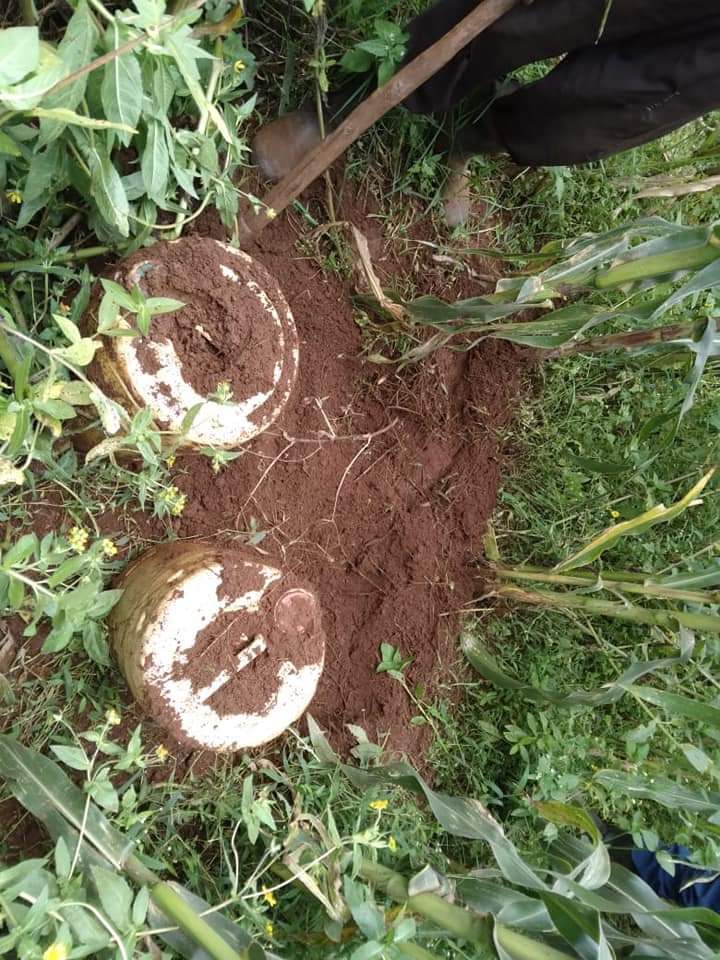 "This afternoon residents of Kolonkei area in Chepyuk location were again shocked when a woman ran out of a maize farm screaming that she had found another grave just 60 metres away from the grave where the late Chief Kipsang was exhumed!," he wrote.

He continued, "But the area Assistant Mr Evans Sangula (pictured) rushed in and dug out the grave only to find two twenty litre jerrycans filled with a brew called "Kangara" which is a raw material for distilling chang'aa,". 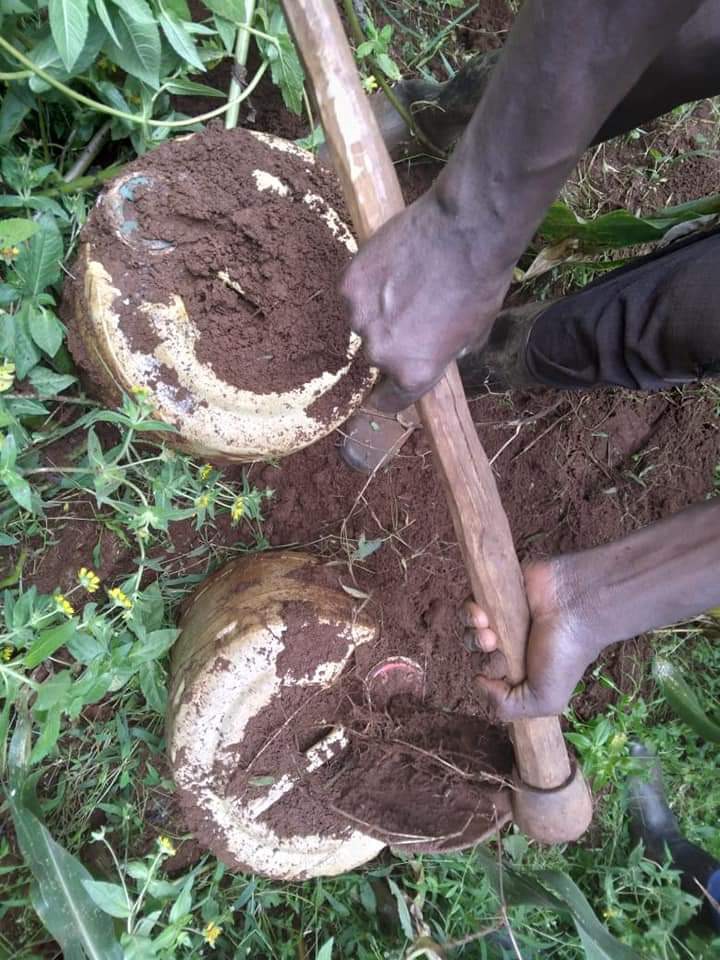 He started that after further investigations, it was found out that some woman from Kabras used to operate a chang'aa business near the jang'aa club where the chief was murdered.

"She must have buried the brew before escaping to Kabras in Kakamega County fearing to be suspected as one of those who killed the chief," he wrote. 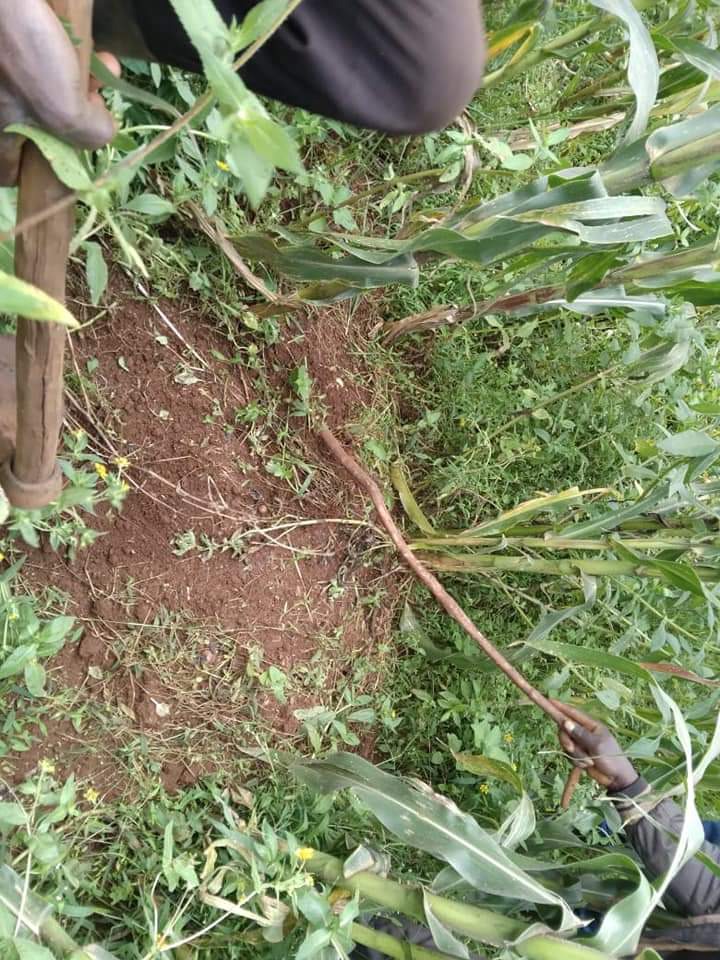 He added, "It was therefore a great relief when Assistant Chief announced to the people that the alleged grave was just a hole hiding two jerrycans of Kangara,".

Mother Of 2 Kids Killed By Their Dad Speaks Out, Reveals Next Action She Will Take On Her Husband

Nakuru Doctor Who Killed His Two Children Is Dead

Nakuru Doctor Who Killed His Two Children Dies in Hospital

A Killer blow: strike to Death from a 12 year Old to 19 year Old Brother in Busia County.