How The Victims Survived in The Snow For 72 Days After Their Plane Crashed.

By NewsofKenya (self media writer) | 7 months ago 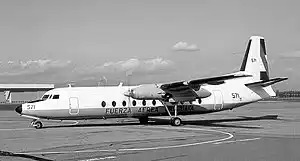 The Uruguayan Air Force Flight 571 also known as, The Andes Flight Disaster,The Miracle Flight 571 or The Miracle Of Andes was a chartered flight that originated in Montevideo, Uruguay bound for Santiago, Chile.

On October 13,1972 - during the southern hemisphere spring, while crossing the Andes, the inexperienced co-pilot of the Fair child FH-2270, who mistakenly believed that they had reached Curico despite the instrument readings that indicated otherwise.

The aircraft began descending too early to reach Pudhahuel Airport and struck a mountain, initially shearing off both wings and tail section. The remaining portion of the fuselage slid down about 725 meters (2,375 ft) before striking ice and snow in glacier. The flight was carrying 45 passengers and the crew including 19 members of the Old Christians Rugby Union team alongside their families, supporters and friends. 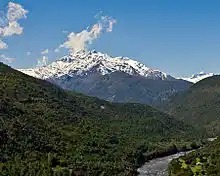 The wreck waa located at an elevation of 3,570 meters (11,710 ft) in the remote Andes mountains in the Western Argentina near Chile boarder. Three crew members died immediately and several others died soon afterwards due to frigid temperatures and severity of their injuries.

Authorities immediately began searching for the aircraft and flew over the crash site several times during the next few days but could not see the white fuselage against the snow. Search efforts were cancelled after eight days.

During the next 72 days, 13 more passagers died. The remaining survivors reluctantly resorted to Cannablism, they began to eat their friends who had already passed away. Two of the members, Nando Parrando and Roberto Canessa climbed a 4,650 meters (15,260 ft) mountain peak without gear and hiked up for 10 days into Chile. On December 23,1972, 72 days after the crash the survivors were rescued.

Content created and supplied by: NewsofKenya (via Opera News )