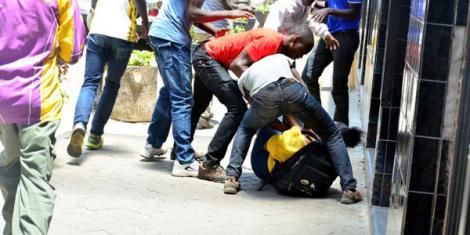 The violence that rocked Vikwatani area, Kisauni Constituency in Mombasa County has now left the residents in deep agony as one man lost his life while others are now nursing serious gunshot injuries.

It is said that on Tuesday April 13, 2021 fight broke out between two different rival groups in Vikwatani prompting the police to intervene however things turned from bad to worse after the violent youths turned their weapons on the police who were just arriving.

According to an eye witness who spoke to one of the Royal Media reporters, a police officer arrived in a motorbike to calm the situation however on arrival one of the youths turned against him and stoned him. This escalated the situation even further since the law enforcer was now forced to defend himself using his gun.

“There was a motorbike which arrived at the scene carrying an officer and when they arrived, people were still fighting. One of them aimed at the police with a stone and the officer felt on the ground. When he (police) rose from the ground he didn’t want to know where the stone came from, he started shooting,” recounted the witness. 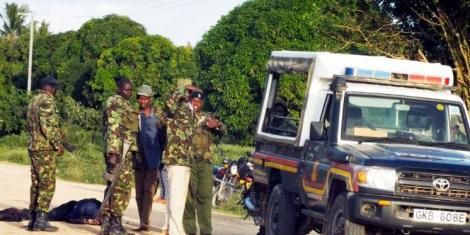 To the amazement of the witness, one of the people who first got shot by the enraged officer is the Bodaboda operator who brought him to the scene and then another bystander who was not even involved in the violence.

“By bad luck he started with the bodaboda operator then another citizen. He looked crazy, it was as though he did not even understand himself,” said the witness.

Hussein Kai who is the Vikwatani Community Policing Chairman while confirming the incident stated that the bodaboda man is still nursing injuries while the other victim died on the spot. He further condemned the police for inappropriate use of weapons.

“I am not pleased with what has happened in my area because the police have just killed an innocent man. Police should be very careful when discharging their weapons because if they don’t, they will always end up maiming the innocent while the criminals escape,” said Kai. 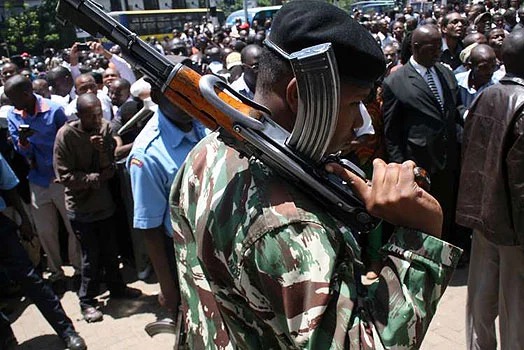 He is now requesting the government to investigate the officer involved in the incident in order to avert such incidences in the future.

Best exercises to do during Covid-19 pandemic