A principal of a Kenya Medical Training College (KMTC) and his colleague died when their vehicle rammed into a stationary lorry at Suswa area, along the Maai-Mahiu-Narok road on Sunday night.

He unfortunately rammed into a stationary Fuso FH lorry, that had developed mechanical problems and was packed on the side of the road near Suswa Girls` Secondary School.

Mr Marando said the colleague of the principal, who is yet to be identified, who was with him in the vehicle, died on the spot in the 9:30pm incident while Dr Ngomo died as he was undergoing treatment at the Narok Referral Hospital. 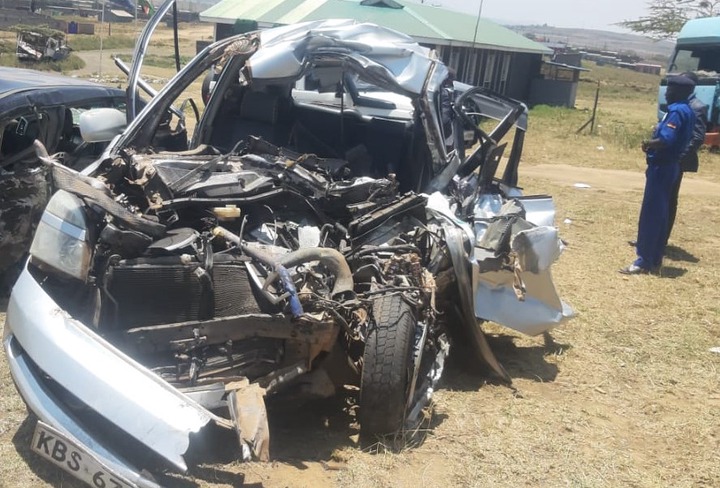 The bodies of the deceased persons have been moved to the Narok County Referral Hospital mortuary, awaiting postmortem and further investigations into the accident.

The ill-fated vehicle which was extensively damaged, was moved to Suswa Police Station for inspection, pending investigations into this fatal accident.

Increase in accidents along the Maai- Mahiu – Narok and Narok –Bomet Highway have raised concerns among leaders in the County with some calling for reinforcement of traffic roadblocks on the two stretches of the highways.

More than a week ago, two people died on the spot while four others were critically injured after they were involved in a grisly road accident at Maltauro area, along the Narok-Maai Mahiu highway.

The accident occurred when a Mercedes Benz lorry registration number KBM 576Y transporting wheat from the Narok direction lost control on reaching the accident point and knocked a Nissan Wingroad vehicle that was ahead of it. 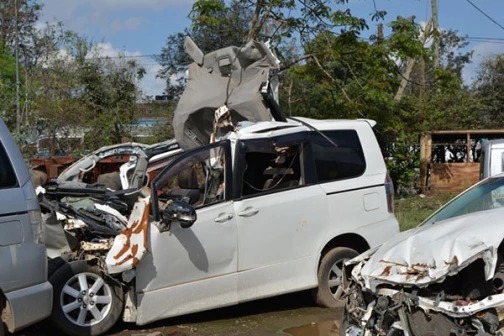 A few days earlier, one person died on the spot while three others were left nursing injuries after the matatu vehicle they were traveling in, was involved in an accident at Siyiapei area along the Narok- Maai- Mahiu highway.

These are just a few of the numerous crashes that occur along the Narok- Maai Mahiu highway every month.

Many of the accidents occur over the weekends and holidays with the hours 5:00PM-8:00AM being considered as peak accident hours.