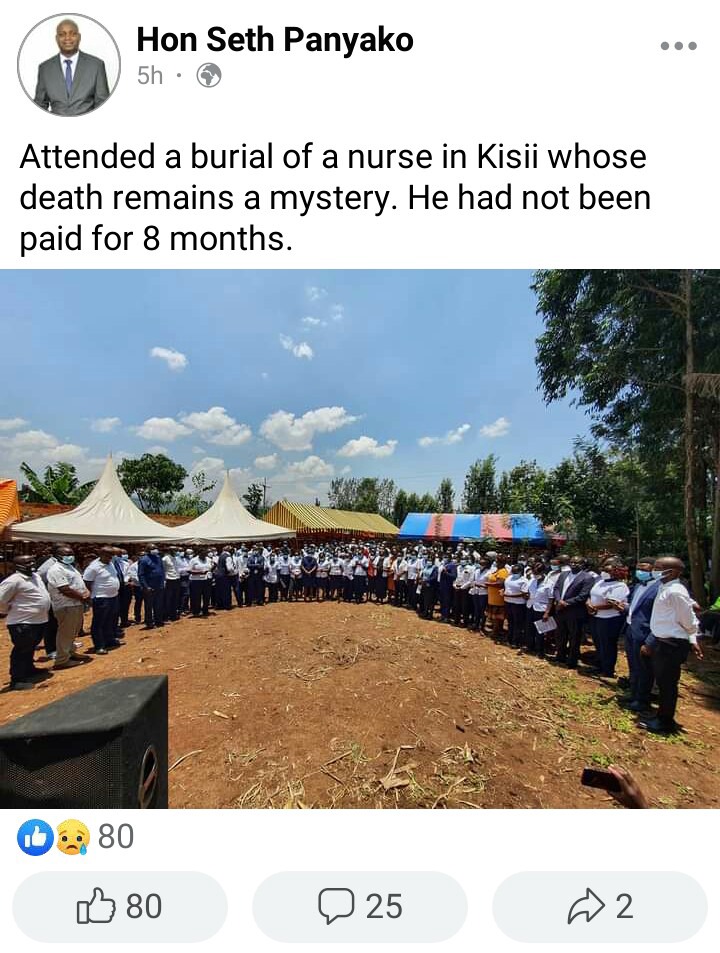 The Kenya National Union of Nurses Secretary General Seth Panyako on Tuesday paid his last respects to the late nurse Newton Onsase who was Sunday 12th, September found dead in his bathroom.

While the cause of his death continues to remain a mystery, Panyako has revealed that he had not been paid for eight months.

According to KNUN Facebook page, Panyako expressed his dismay over Kisii Government's reluctance to perform postmortem. 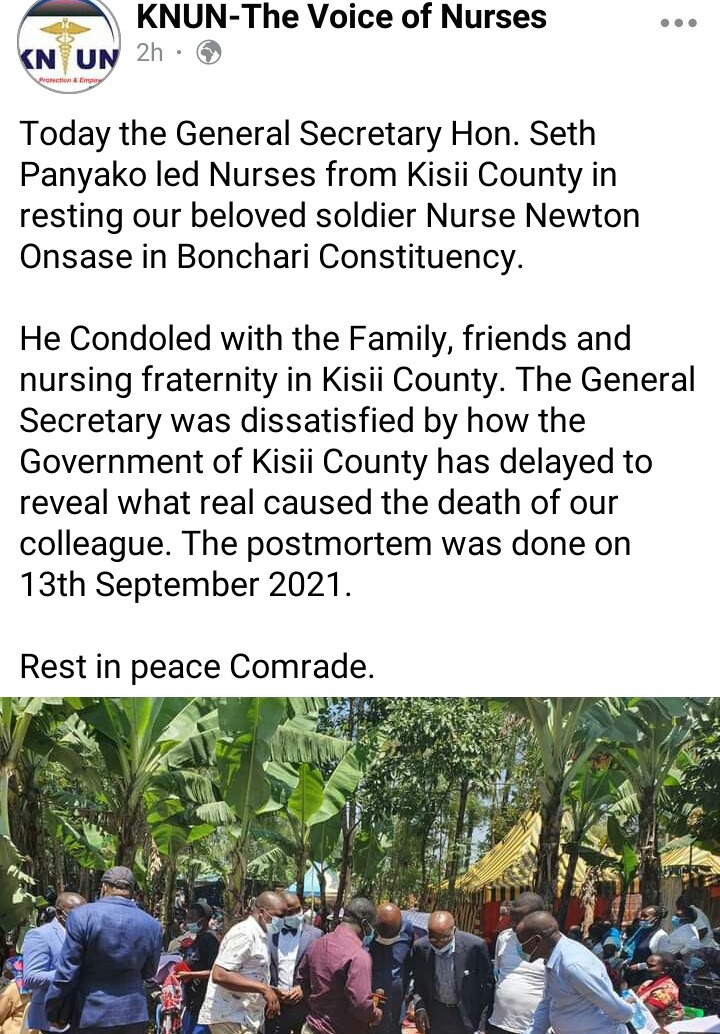 He was accompanied by a section of nurses who also bide farewell to Newton.

In a post shared by the union on 13th, September, Onsase went missing for weeks before he was found dead in his bathroom. 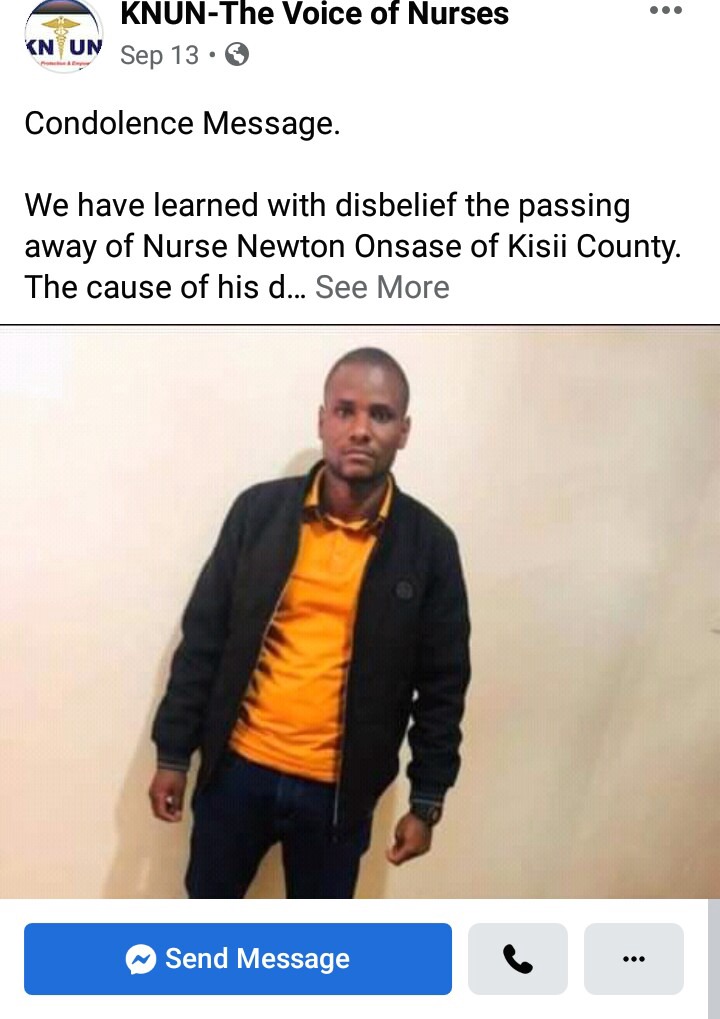 He has been described as a gallant nurse who had patients' interests at heart.

Until his death, he was working at Kisii Level 6 hospital.

His death is not only a big blow to the family but also to the hospital where he was stationed as he will be remembered for his contributions. 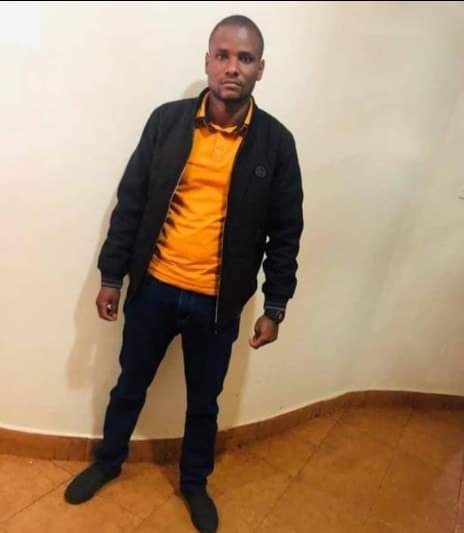 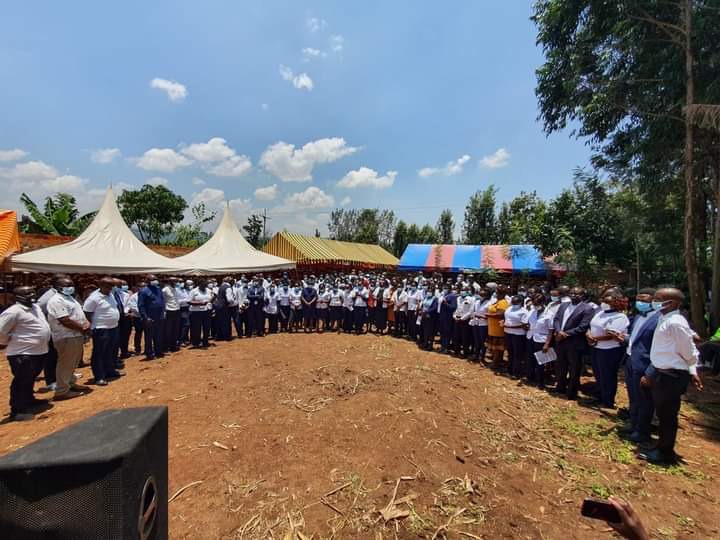