By LaikipiaNews (self media writer) | 4 months ago 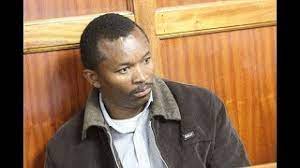 Directorate of Criminal investigative Detectives have been mentioned in a serious of bribe incidents involved in the murder of City Lawyer Willie Kimani who was abducted and murdered while under police custody.

Giving his testimony in court, Peter Ngugi told the court that apart from Killer cop Fredrick Leliman, who is one of the main suspects in the murder of Kimani, his client Josephat Mwenda and taxi driver Joseph Muiruri, testified that he was promised with heavy rewards by DCI investigators if he confessed having taking part in the murder. 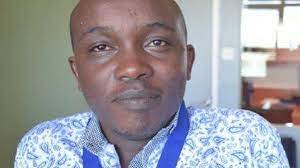 According to him, DCI allegedly promised that he could not be charged with murder and that they could pay him Ksh 30,000 per month, his wife could receive Ksh, 200,000 to relocate and in addition they could give him a house if only he confessed to the murder.

Leliman, who is the main suspect, is said to have offered Ngugi Ksh 15,000 so that he can help them track the movement of Kimani and his client. Not knowing his role could land him in trouble, Ngugi accepted the offer.

He further revealed that the motive behind Leliman's wanting to eliminate Kimani is that he felt his job was at stake after Kimani reported him to Independent Policing Oversight Authority (IPOA) for gross misconduct.

After offering information about there movement, Kimani, his client and taxi driver were arrested by Leliman and looked at Syokimau Police post before he was called some days later to dispose the taxi that was used in Limuru.