By communiqué (self media writer) | 1 year ago

Ugandan police officers found themselves in trouble after beating their boss while enforcing a curfew. 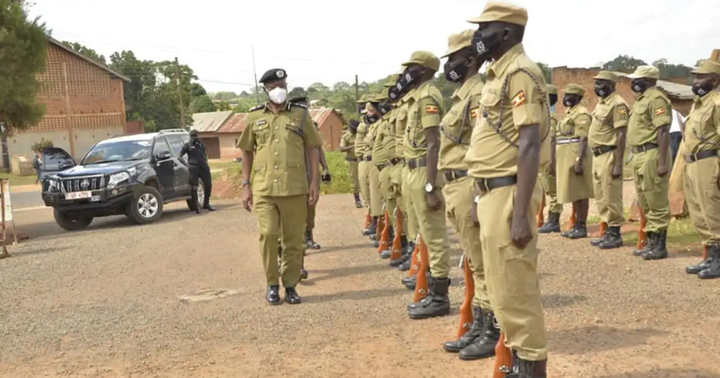 Seif Katabazi abducted by policemen who had been sent to carry out curfew orders in Ibanda district.

Katabazi said he was at his home around one in the evening when he heard an altercation and people were screaming and he went to see what was going on.

On Sunday, June 20, police beat Seif Katabazi, the deputy commissioner (DRC) of Ibanda district. According to Katabazi, he was at his home on Jubilee Street, Kagongo Division, when he heard screams at 7 p.m. Katabazi left his house to see what was going on. When he got there, he found the officers ordering people to close their stores.

Katabazi asked one of the agents what was going on and he told him that they were telling people to close the stores, but they refused; Katabazi told them not to use force but instead of allowing him to talk to people in an orderly manner, they started beating him.

Shortly after another group of policemen entered, a policeman found Katabazi in the street, did not wait for him to explain that he was a DRC deputy but instead started beating him.

However, Katabazi revealed that they had solved the case but feared that if he, as commissioner, could be beaten mercilessly, what would happen to the average Ugandan citizen? Katabazi had warned them to be careful whenever they apply the law.

Previously, it was reported that Ugandan President Yoweri Museveni ordered schools, churches, and mosques to be closed for 42 days to prevent the spread of COVID-19 in the country. According to Museveni, the current state of COVID-19 in the country was alarming, adding that the number of people who lost their lives in the second wave was twice as high as in the first wave.

Despite the resurgence of covid-19, vaccination remains one of the world's greatest hopes. The shortage of vaccines makes it a major challenge around the world. But there is good news, according to the Daily News, President Biden, under pressure to vigorously tackle the global coronavirus vaccine shortage, announced that his government will purchase 500 million doses of the Pfizer-BioNTech vaccine and will distribute among them to nearly 100 countries.

Content created and supplied by: communiqué (via Opera News )