By Olili (self meida writer) | 3 days

According to Mr. David Ongar, Jomvu's town’s customer, the caretaker discovered the officer’s body at around 2:30 pm.

“The caretaker is a good attendant. When he informed about the matter because he looks suspicious, I notified officers based at Jomvu Police station,” Mr. David said.

The caretaker identified as Mr. Hansom Muriuki, said the officer had booked a room at around 10am and was later joined by an unidentified lady who later went missing after the afternoon incident. 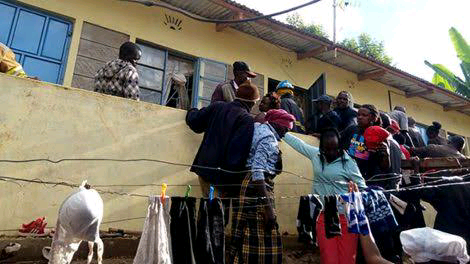 “He booked a room at around 10.00 am but we forgot to ask for their personal details. I can't recall the lady who went missing,” Mr. Muriuki said.

Police officers had a difficult time controlling the crowd that gathered to confirm the afternoon crime incident.

Officers said they are looking for the woman but warned caretakers in Mombasa county to always consider taking customers details before accessing the rooms.

“The woman is unknown and no one know her whereabouts because the lodging attendants forgot to note down her personal details,” a police officer said. 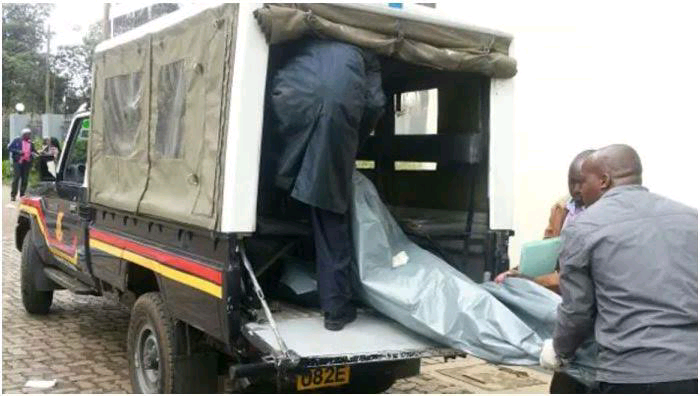 The body has been moved to the coast general Funeral home pending further investigations.

The latest comes when in March this year, another middle-aged woman was found dead inside a lodging in Likoni, Mombasa County.

Police said as at yet they can't speculate the motive behind killing of the slain officer.

When police officers visited the scene Sunday afternoon, they found two used condoms beside the body of the deceased on the bed.

"We can't explain what transpired between the officer and the woman who is still at large. We are yet to reveal the exact cause of his death after examination reports were conducted," David added.