By Newsgang (self meida writer) | 18 days

An obituary that has been circulating online has elicited mixed reactions among social media users after both the deceased’s wife and his other partners were mentioned in the obituary and eulogy. According to the obituary, the deceased who goes by the name Robert Mbuthia passed on April 19 whereas the cause of his demise was not mention. 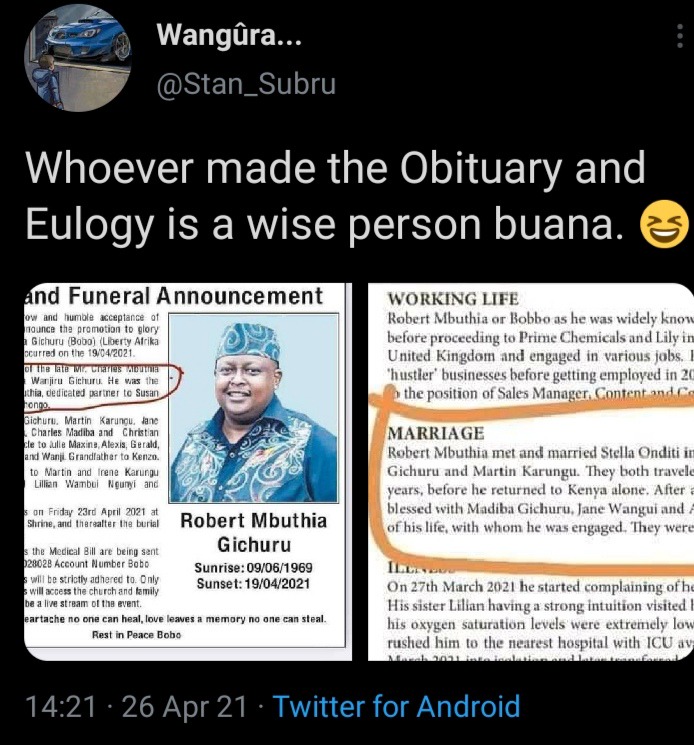 However, according to the obituary, the late Mbuthia had three partners but what caught the attention of social media users is the way his partners had been described in the obituary. The deceased is said to have married one Stella Mbuthia and was also blessed with other two partners Susan Mukami and Olive Githongo.

“He was the husband to Stella Mbuthia, dedicated partner to Susan Mukami and Olive Githongo”, read part of the obituary. 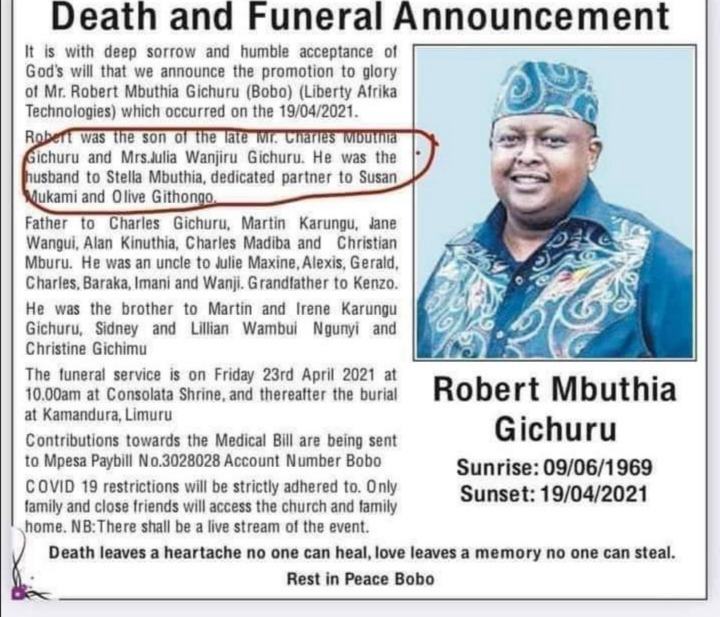 However what amazed netizens is how the deceased marriage life was explained in the eulogy. According to the late Mbuthia’s eulogy, the deceased married his wife Stella in 1995 and the couple was blessed with two children. It is reported that the couple travelled to the United Kingdom and lived there for several years before Mbuthia decided to return to Kenya but alone without Stella.

In addition, the eulogy further reveals that after staying for a few years in Kenya, the late Mbuthia met Susan Mukami and the two were blessed with three children and later on he met the love of his life Olive Githongo who he had engaged before his untimely death. 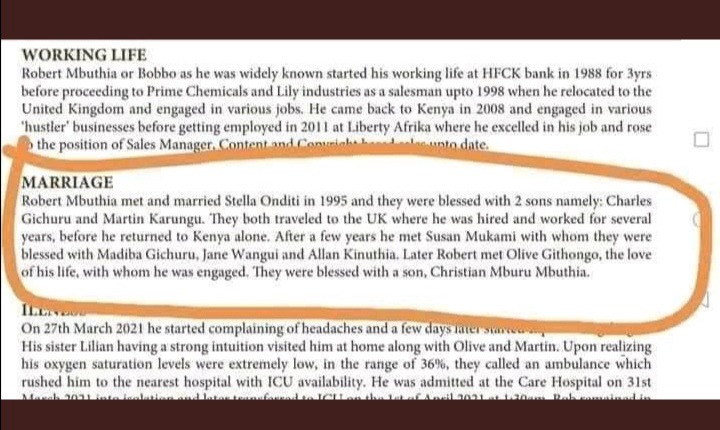 The late Mbuthia’s obituary has however caused mixed reactions among social media users with some questioning the motive of the person who came up with the eulogy while some claimed that he was wise enough to acknowledge all his partners in order to avoid family wrangles in future.

“Very wise. All women and children acknowledged is the best thing of leaving a stable relationship”, commented one twitter user by the name @Stan_subru.

“The OG shall be respected”, commented another user called Freebandz.

Below are some of reactions from social media users. 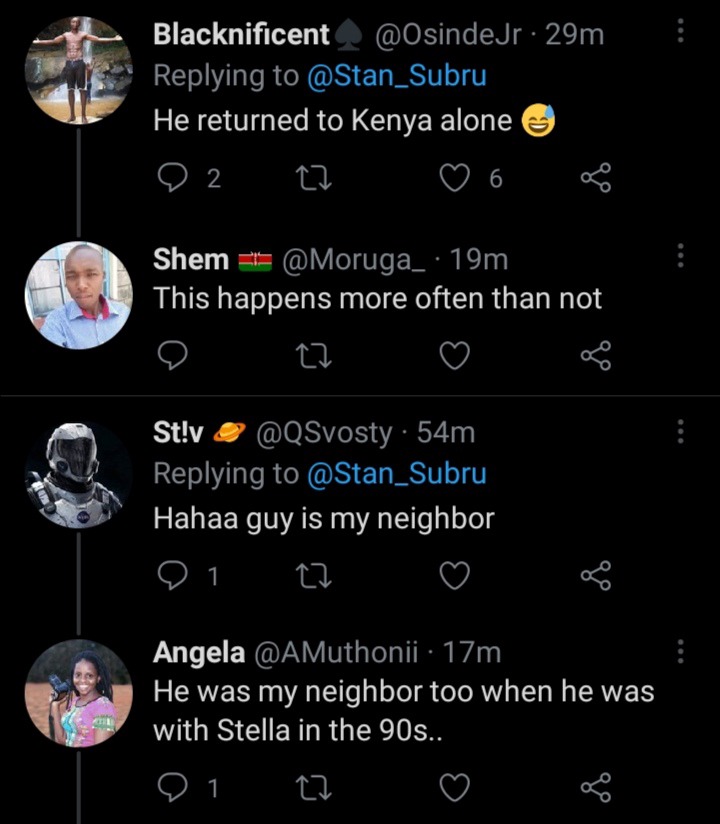 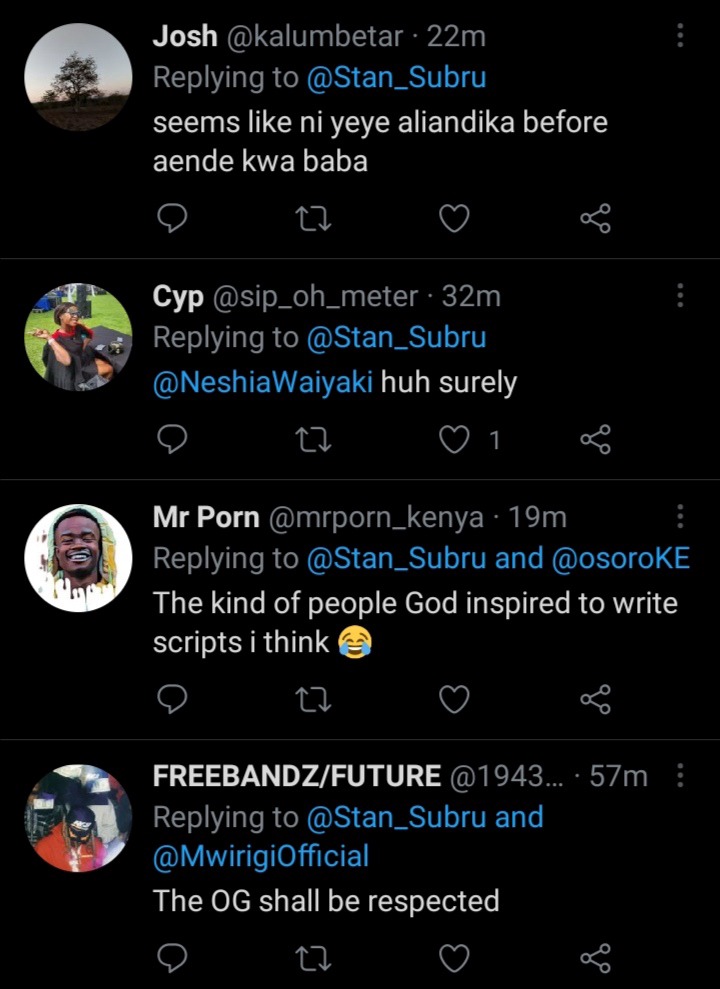 (Some of comments from social media users)

Denis Itumbi Reveals More Bad News to the BBI Side in his Late Night Tweet, Alleges the Following