By FrankUpdatez (self media writer) | 14 days ago 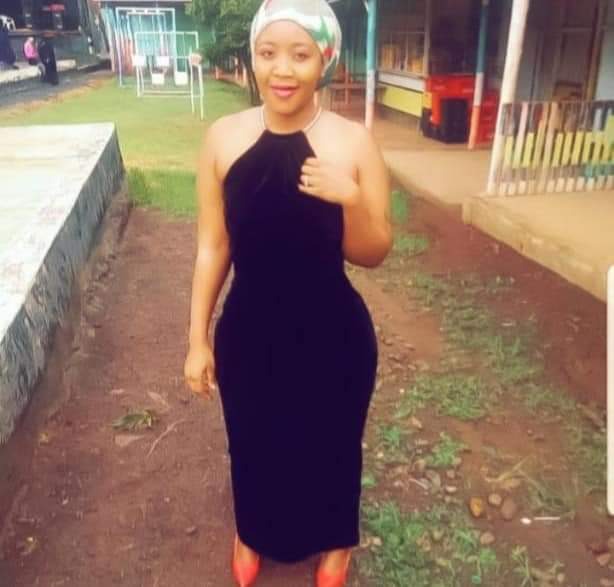 Nakuru residents woke up to a shocking scene after a man killed his wife in cold blood ans later attempted suicide.

According to reports, Paul Ochieng’, 40, is said to have stabbed his wife Njeri Kamande with a kitchen knife after what is believed to be a domestic quarrel in their house in Freehold Estate.

Cyrus Wanyonyi, a guard at the flats said the couple returned home at around 10pm and appeared to have argued during their drinking spree in town.

Thw night Guard also revealed that their twins aged five are still in shock after witnessing the gruesome murder of their mother and father’s alleged attempted suicide at a residential flat in Nakuru.

It has emerged that the two lovebirds had just moved into the apartment and had not spent over two weeks. 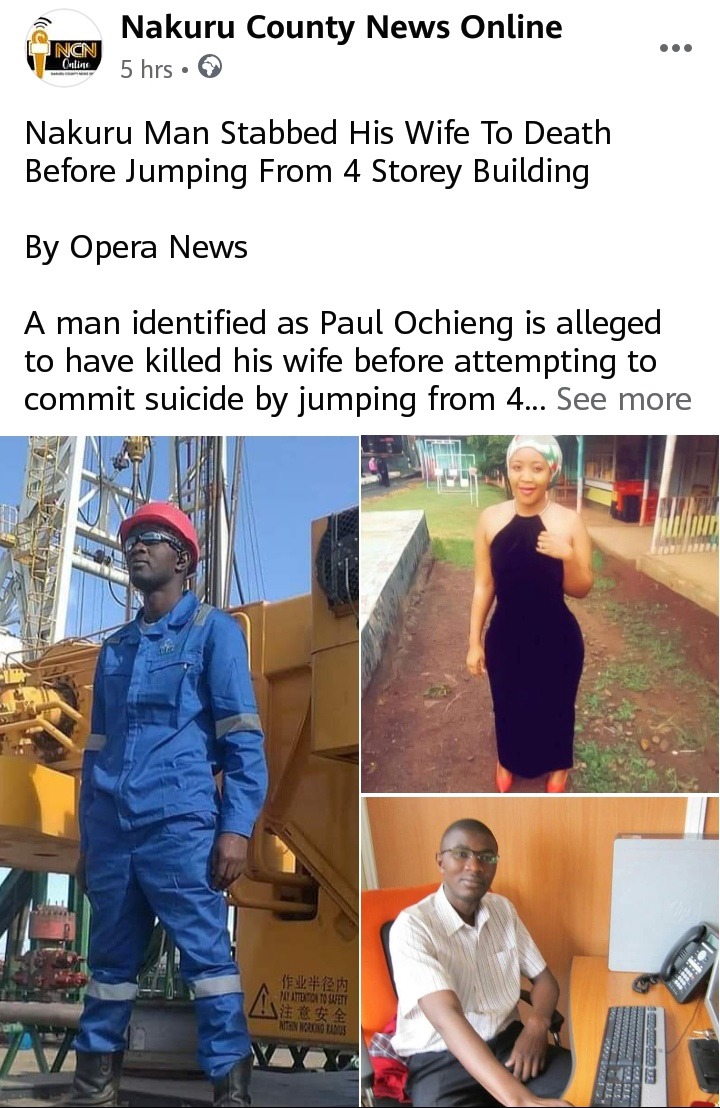 However yesterday things got worse after they returned home drunk. The rogue husband reportedly locked the house from inside and using a kitchen knife stabbed his lover on the chest.

"I heard the children crying that their mother was bleeding, and that's wheni rushed to the scene sais the guard.

Ochieng is reported to hace tried to jump from the forth floor of the said house, with some clothes lines saving him from a free fall.

He was arrested and will be arraigned in court tomorrow. 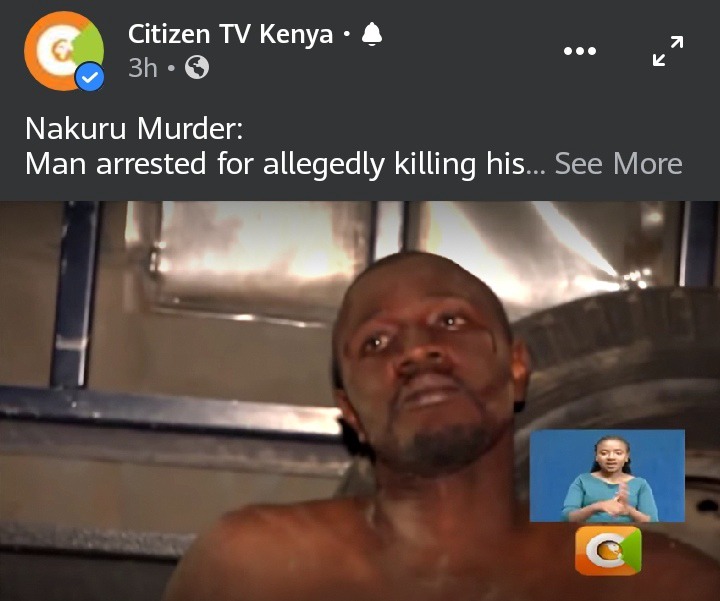 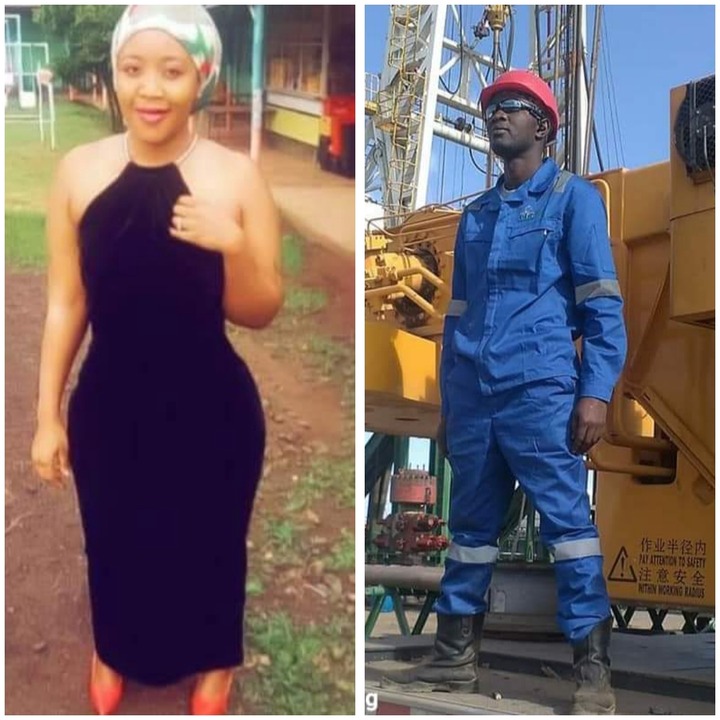