Remains of Tom Okwach Fished Out of Abimbo Mines, over Seven Months Since He Got Trapped 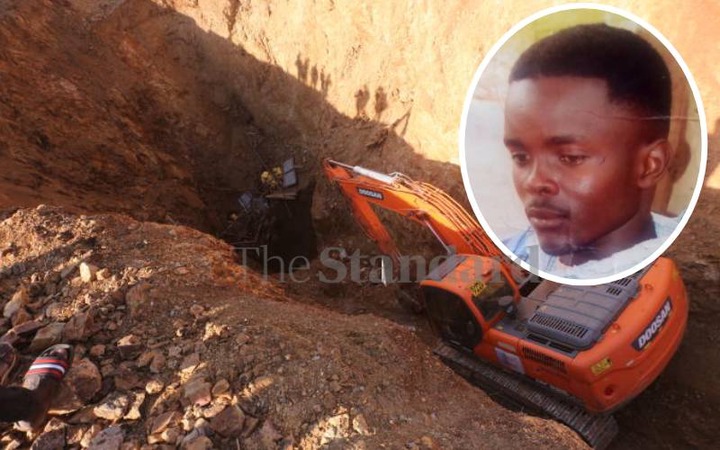 The corpse of a miner was on Sunday (today) morning pulled out of Abimbo Gold Mines in Bondo, Seven months after the mine collapsed trapping him and nine others.

A group of 15 miners who were excavating a tunnel near the collapsed mine stumbled on Tom Okwach’s body at around 2am after a search lasting 205 days.

Mr. Okwach was one of the 10 miners who were trapped in the Abimbo mines on December 8, 2021 after the mine collapsed as they were digging a tunnel.

Eight of the miners were rescued while another one, Enos Ong’onga, was found dead and his body was retrieved on December 5, last year.

The 15 artisanal miners had offered to carry on with search for Okwach’s body after rescue efforts by teams comprising firefighters and disaster management officials from the Siaya County government hit a snag.

The family of the miner were at one point forced to raise funds by selling properties including livestock to pay for the search of the body.

Mr Fred Ogunde, an uncle to Mr Okwach confirmed to the press that miners had finally retrieved the body of Okwach from the collapsed mine.

“They informed us early in the morning that the body of the Okwach has been retrieved and we are heading to the place to collect it for burial. This is a major step towards ensuring that the family gets closure after several months of pain and uncertainty,” stated Mr. Ogunde.

According to Ogunde, the family has been going through untold pain after efforts to rescue our kin or retrieve his body from the hit a dead end.

The family had since dismissed calls from elders and relatives to conduct a symbolic burial ceremony by burying banana suckers to represent Okwach’s body.

The late Okwatch and his colleagues gold diggers were trapped almost 20 feet from the entrance of the mining chambers. One of the survivors revealed he had warned his friends about a tremor while inside the shaft before the incident, but they disobeyed him further saying he lacked experience.