By CarolineNews (self media writer) | 3 months ago 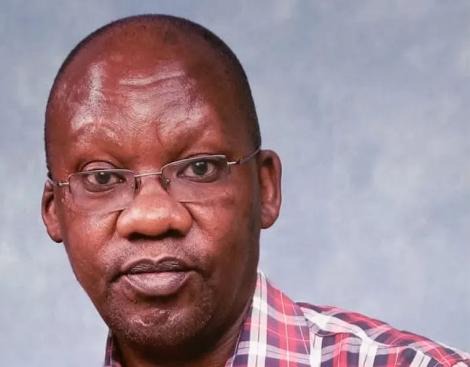 The postmortem on the body of James Gakara, the Nakuru doctor accused of murdering his two children and attempting suicide, has been postponed.

The body's post-mortem examination was scheduled for Thursday, September 23.

The hospital, according to the family's spokesperson, Burton Njoroge, expected the family to produce signed documents to prove identity. 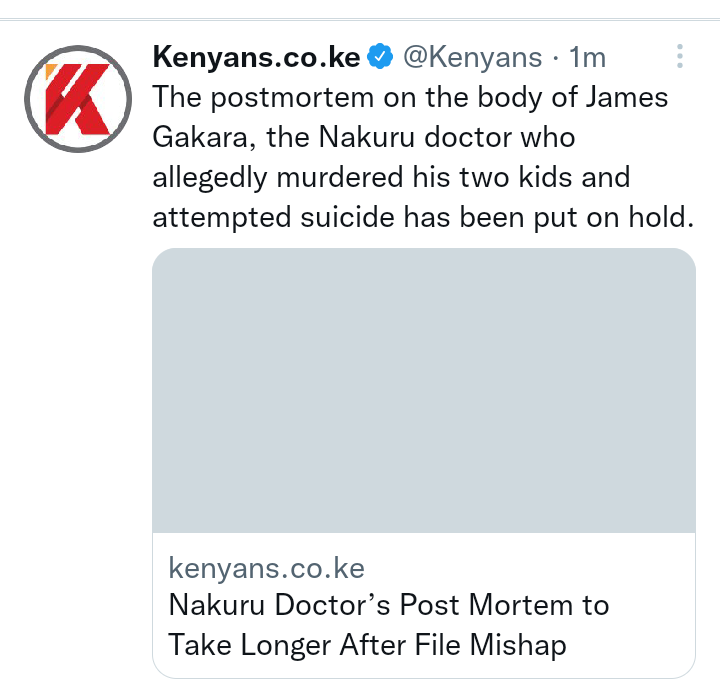 This is due to the fact that James was admitted to the hospital as a "unknown adult," which meant that his identity could not be traced back to anyone.

As a result, the doctor's family and friends went to the commissioner of oaths' office to confirm his identity.

In an interview with the press, the family's spokesperson stated that, as is customary, the hospital required a signed affidavit before conducting the post mortem. Njoroge stated that they were summoned to court and, fortunately, were able to complete the proceedings without incident.

According to the family's spokesperson, they have completed all necessary procedures, confirmed the identity, and are now waiting to be told when the process will begin.

"We are just waiting for the relevant office to change the hospital file from an unknown person to a known person so that the process can begin," he explained.

Notably, Njoroge stated that Winnie Odhiambo, James' widow, was doing well.She had been admitted to the hospital following the shock of her husband's death.

"The doctor's wife is fine." "She is stable, but she is still coming to terms with the loss of her children and husband," he said.

JUST IN: Another EPL Coach Sacked Over Poor Team Performance

I Got Married For 20 Years, Bore 12 Children Only For My Husband To Marry My Best Friend

REPORTS: Chelsea midfielder could leave the club amid interest from Serie A club Juventus