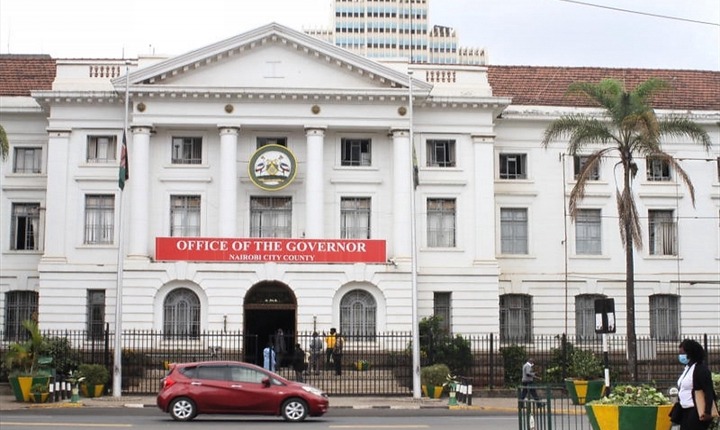 There have always been many problems that have dragged the Country backwards in matters of development and among them is the spike in the number of Corruption cases that has been reported accross any government Dockets.

Among the Counties that has been the Hotspot of corruption cases, has always been the Nairobi, being the Capital City and the Heart of the Country. Many operations have been executed from there where the top Offices including that of the President and His deputy is situated.

However, Blogger Lord Mutai has finally exposed some government Officials in key Offices for Purportedly stealing hundreds of Millions of public money. He also accompanied His allegations with proof.

Speaking through Twitter, the blogger said that the deputy director of the Kenyan rural roads Authority Hon. Margaret Muthui decided to make a transfer of public money amounting to sh. 264 Million from the Public coffers to Her own private accounts.

He further revealed that the large sum of loot was used to purchase expensive Houses in Kileleshwa area in Nairobi. This was done in a period of three months only. 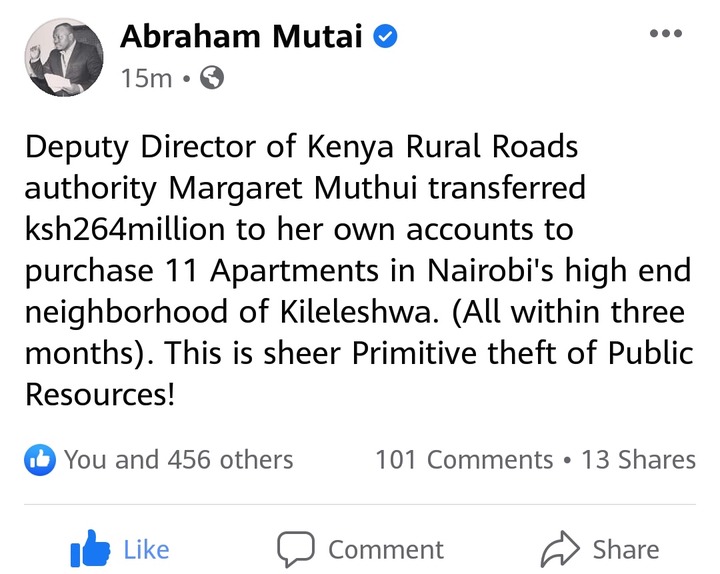 She however did not commit the crime alone as other suspects were also revealed during the probe. Muthui together with others who are perceived to be Her accomplices Sylvia Nyambura, Mercy Wambui and Grace Myambura allegedly own a Company called lighthouse. This Company in turn owns a total of 24 Apartments in Ruaka area in Nairobi.

After the investigations were concluded, the Assets recovery team made strides by freezing all their accounts that had a total of sh. 93 Million and also seized all the apartments to compensate for the stolen money. 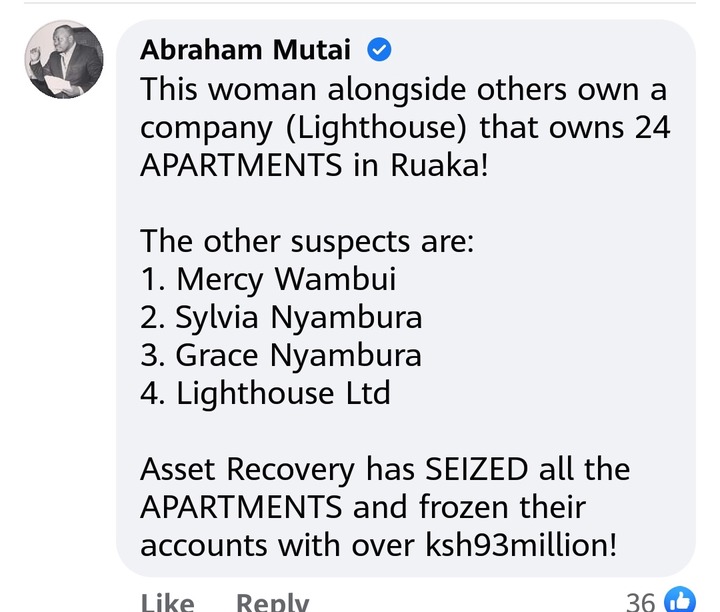 Although more of the Drama is going to follow, the Culprits have not been arrested upto now. Kenyans are awaiting a report from the DCI and other investigators concerning the Wrongdoers.

Below are reactions from Kenyans : 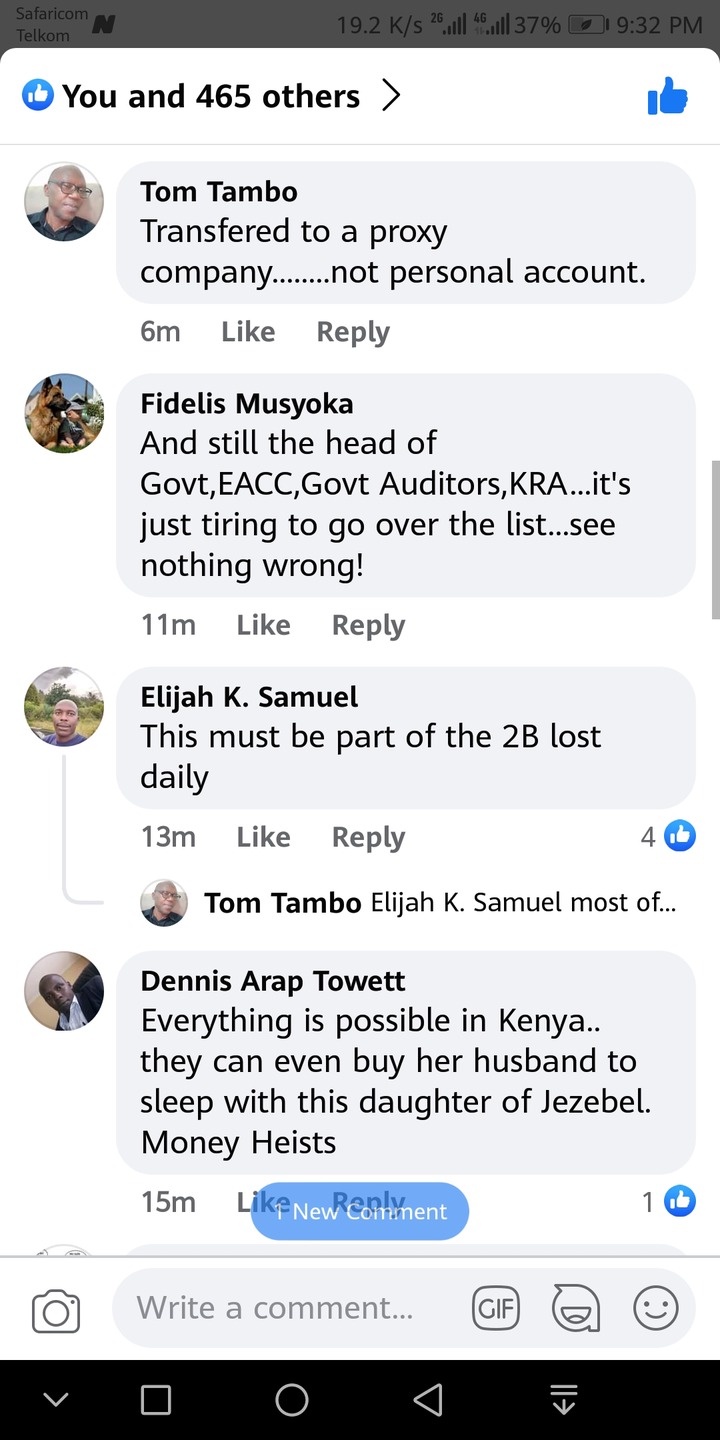 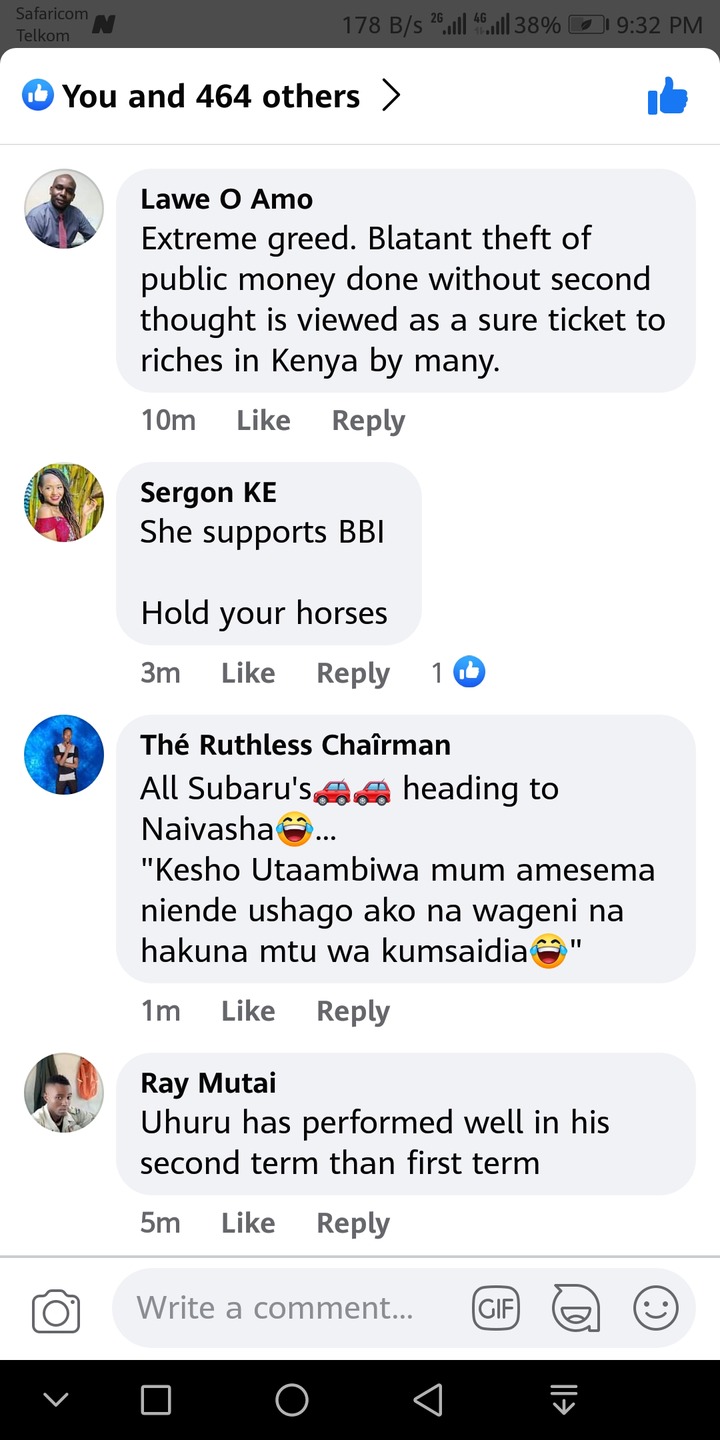 "Their Model is How to Stop DP Ruto,"-Wangui Ngirici Fires Back To Those Opposing Bottom-up Model