By Tingting (self media writer) | 13 days ago

Residents of Mukundu village in Meru County gathered to witness an ugly scene whereby a man identified as Mwituria was served with instant justice and later burnt beyond recognition for allegedly engaging himself in robbery. 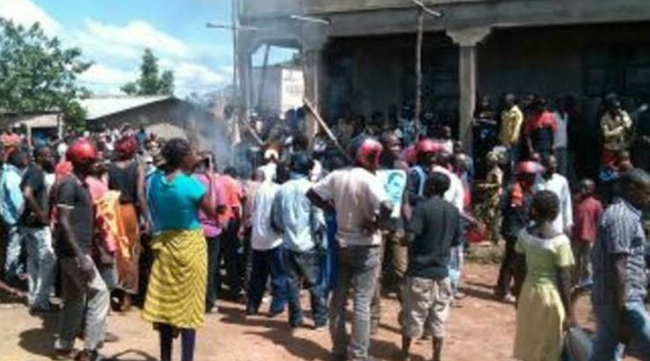 According to sources, the man had been accused of stealing unknown number of cattle from Mukundu village and was seen escorting them to Gachuua village awaiting a later date to sell them in Rwanyange village.

Unfortunately, he was apprehended by an irate mob who gave him a thorough beating for several minutes leaving him in excruciating pain and bleeding profusely.

Even though they had inflicted a lot of pain to the man, the enraged mob showed no mercy as they later went ahead to burn his body beyond recognition.

According to one of the eye witnesses, the mob decided to lynch and burn the man because the police had totally failed them as they would apprehend suspects then later release them under unclear circumstances. 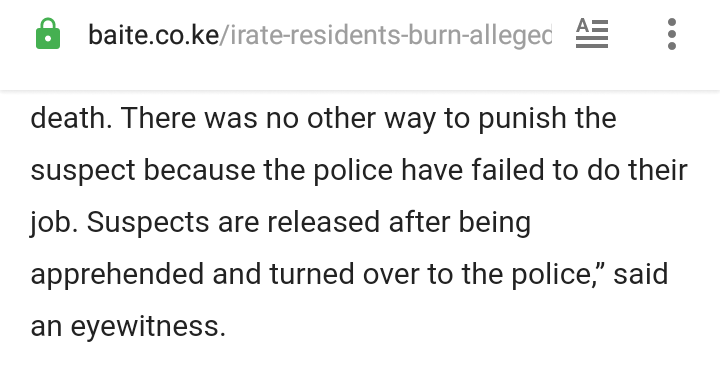 Residents Demonstrate Against Killings in Marakwet.

President Kenyatta Breaks Silence as He Jokes About Lifting Curfew

CONFIRMED: Here's What Uhuru Has Done Hours After Jetting From America as Kenyans React- VIDEO

“I Won't Lift Curfew" Uhuru Hints, Says He Wants Population To Grow Ahead Of 2022