By Kenyannews (self media writer) | 24 days ago 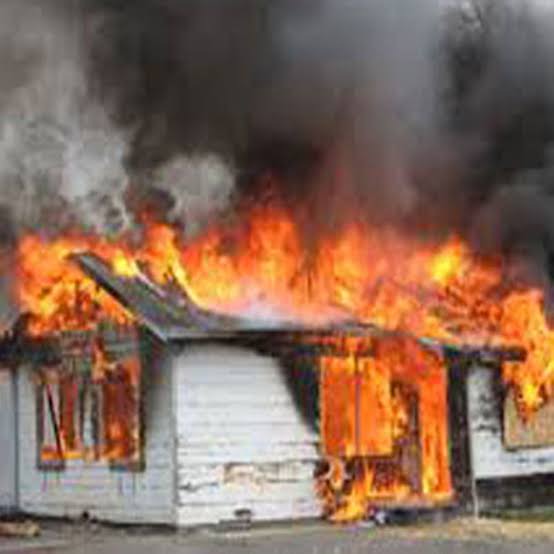 It is said that the angry Mourners invaded the middle aged woman's home, and lighted fire on her semi permanent three bedroom house accusing her of murdering her husband, upon returning home after successfully completing his jail term

According to the residents,the woman and her son reportedly killed the man of the house after they gave him a thorough beatings which sent him to Thika Level Five hospital where he succumbed due to physical injuries.

The man identified as John,had returned home after serving one year jail term,which the residents claimed was planted by the suspect. 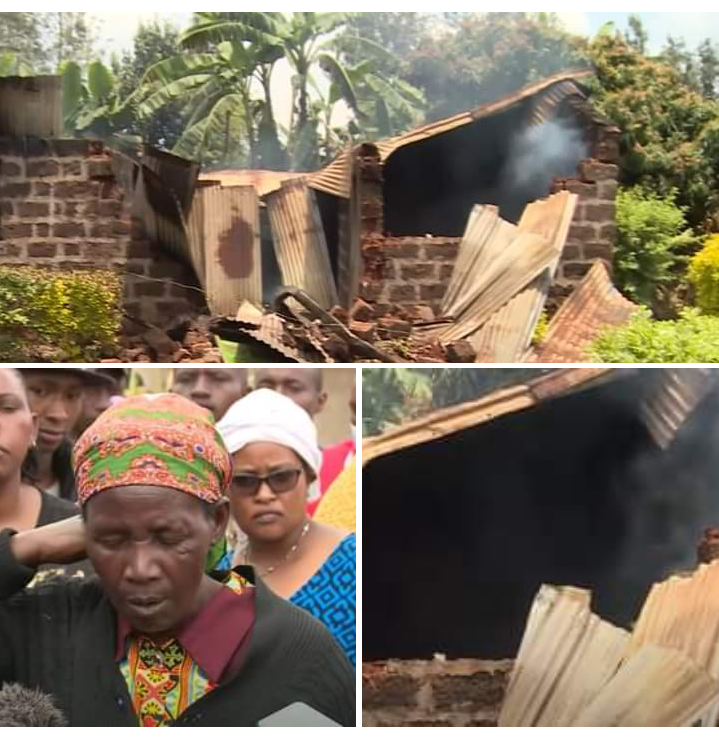 Speaking to the media,an unidentified villager revealed that prior to John's death,his father had Died mysteriously leaving a four acre piece of land.

John inherited the land, against his wife and son's wish and that could have been the reason why he lost his life.

The police had started investigating the matter. 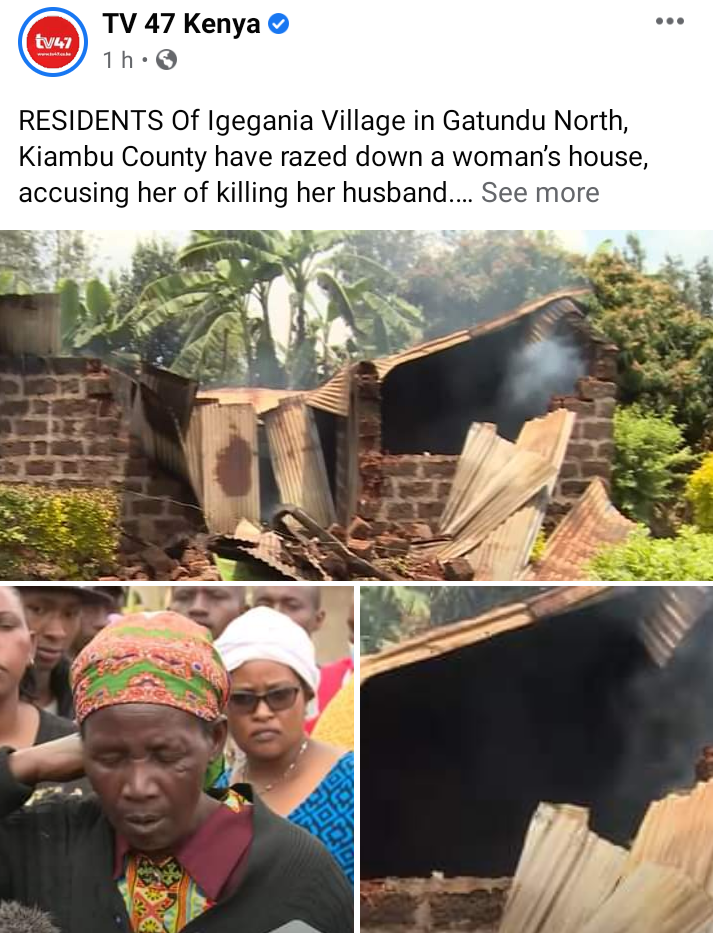