Murder Suspect, Jowie Irungu's Post Sparks Reactions As DPP Calls For His Arrest For Doing This

Prime suspect in the brutal murder of Monica Kimani, Jowie Irungu might be going back to jail months after his release after disobeying the orders Given to him by the judge. This is after the kenyan director of public prosecution, Noordin Hajji called upon his arrest after he allegedly attacked and beat up another man at a popular night club within Nairobi.

According to the reports given by Noordin Hajji, he said that it was better for Jowie to be arrested and taken back to prison until his case which is cu pending is heard.

However, Jowie Irungu who had been released on bond seemed to have seen the DPPs directives after he took to his Instagram account to upload a photo of himself captioning it, I only look up to God.

Leah Mutinda - It's still okay, no worries I believe you'll emerge victorious after all of this comes to an end.

Rose Gathura - You should pray to God and make sure that you avoid bar and because alcohol is a very big enemy.

Rush Kimani - That's the only place where you will find help. Avoid going to the club brother, try as hard as you can.

Lilian Kish - It's so unfortunate that you have to go through this brother, only God knows who is responsible.

Brian Mwaniki -You have been crucified enough to the point where I've started pitying you.

Braso Smalls - I'm here to let you know that nothing lasts forever, just keep your head up brother. 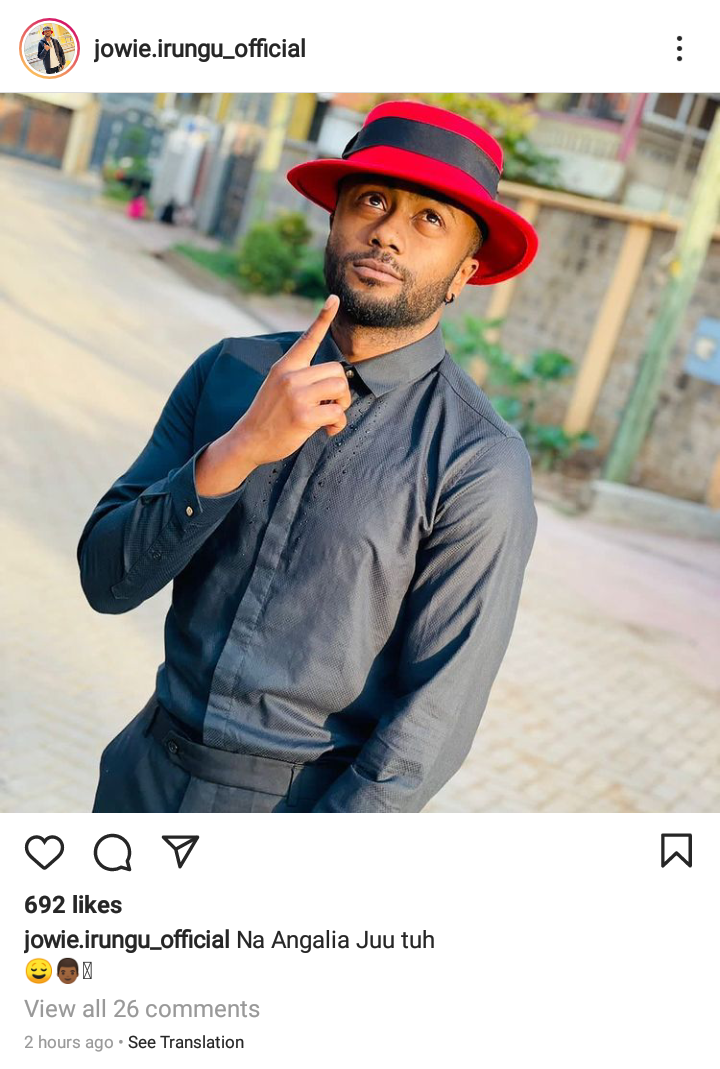