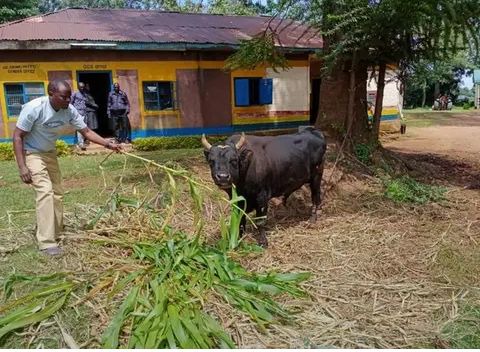 Police detained a bull after it killed a 60 year old woman by trampling on her on its way from a bull fighting competition.

Bonventure Munanga, the director of the Kakamega County Bullfighting Association said that the woman identified as Felistus Lunda was in company of her two friends when the bull came running angrily towards them.

The two friends were able to run away fast but since she had a wound from an accident, she was unable to escape from the fierce bull.

Locals were angered by the incident and wanted to kill the bull before the police intervened. The owner of the bull was also put behind bars for carelessness.

The bull was killed according to the luhya traditions and the homestead cleansed by elders.