Mystery in Kongelai of Kapenguria, West Pokot county. Man has narrated how he walked into his own funeral.

Going by the reports, the man's name is Muriumeler. 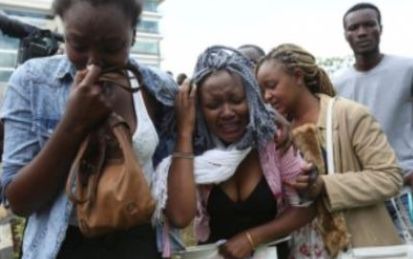 According to him, he was on his daily hustle when people from his village informed him that his family was mourning his death.

At the time, he reacted by gathering courage to called his brother to confirmed the scene.

After speaking to his brother, he then decided to return to his home village in Kongelai and true to his brother’s words, he found people mourning him.

At the time, most people were shocked to an extent of running away.

Afterwards, his area residents gathered courage and welcomed him.

According to his area residents, they were notified of a strong odour from the nearby bushes by a group of women who sold vegetables nearby.

Upon checking, they found a decomposing body resembling that of Muriumeler.

They then informed the family who immediately commenced funeral plans and even set burial dates for their ‘kin’.

According to them; after the scene, they deterred the family from burying the man who had been anticipated to be Muriumeler.

Currently, the body has been preserved at Kapenguria morgue and is still yet to be identified. 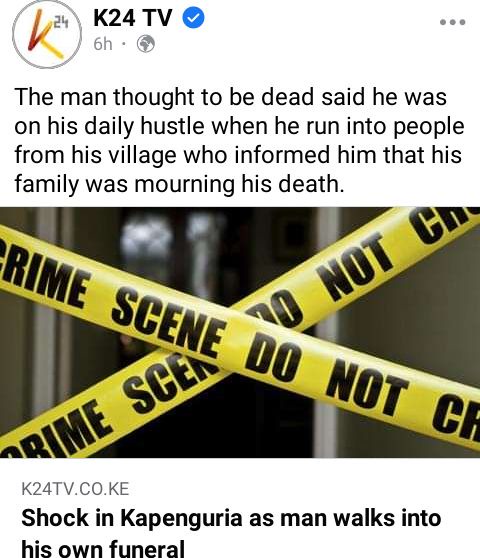