A Police officer from Elgeyo-Marakwet is currently receiving medical treatment in one of the hospitals in the same region following an incident that happened today in the afternoon after two men allegedly attacked him in broad daylight as he was patrolling the region.

In a Police report that was seen by a reliable source of information, it has been revealed that the officer who has been identified as Mohammed Rashid was with his colleague taking their normal patrols in the region before they came across two of the suspects who reportedly attacked them with machetes for unknown reasons.

According to the reports given by one of the police officers who was lucky enough to have escaped without being injured, he said that they didn't do anything to the suspect or make any move that might have provoked the suspects who have been identified as Ben Kibe and Nahashon Kipchirchir.

Reports have revealed that the Muhammad who sustained deep cuts was rushed to the hospital where he is currently fighting for his life. On attempts to find out what happened, several police officers were deployed in order to go and search for the suspects who had fled from the crime scene.

After several hours of search, it has been revealed that the two suspects who had gone to hide were found after which they were taken to the police station for more investigation and questioning over the same incident. Reports have revealed that the murder weapon was also found in their possession.

While reacting to this incident, Elgeyo-Marakwet police boss has called upon all kenyans to make sure they don't pull this kind of stunts to police officers adding that the suspects are lucky enough to have survived due to the fact that the two police officers didn't open fire. 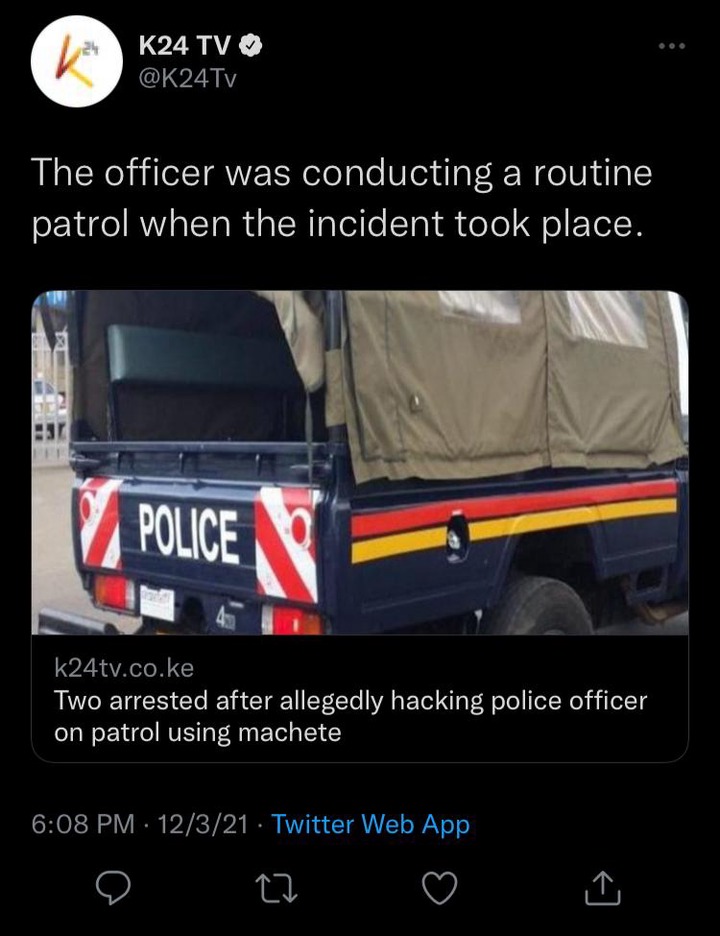