Police officers from Migori are currently trying to find four gold minors who were allegedly buried alive in an evening Tragedy that occurred today after a gold mine allegedly collapsed or rather, caved in while miners were still working on it. 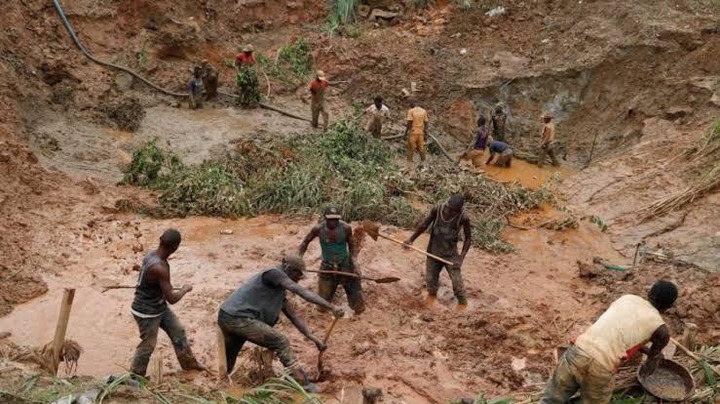 According to the reports given by a reliable source of information, it has been revealed that two victims have allegedly been brought out of the mine where they were unluckily pronounced dead on the spot.

Reports have revealed that the casualties were allegedly working before the gold mine allegedly collapsed burying several of them inside the mine. However, miners were lucky enough to have escaped alive.

In the latest news on the incident, it has been revealed that four other men have allegedly been trapped inside the Mine as several residents along with different rescue groups are currently working hard in order to try and bring them out before they suffocate to death.

Kenyans who expressed their different opinions and suggestions on the matter have called upon the government to consider creating or rather purchasing heavy machines that will be used in testing the soil density in order to avoid this kind of accidents.

According to the reports given by most Kenyans, they claimed that most of these residents were dying as a result of lacking proper technology to work with during this mining process. At the same time, kenyans have called upon the company who employed the deceased to cater for the burial expenses of the deceased. 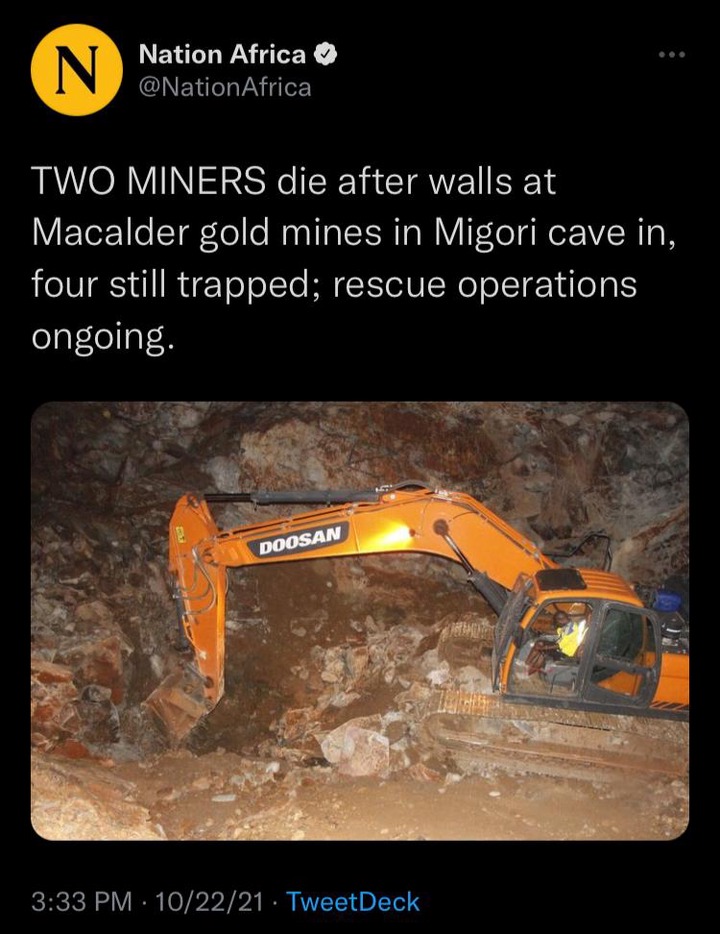