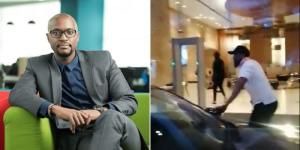 The Inspector General of Police, Hillary Mutyambai, has given directions after a video clip of Janet Mbugua's husband, Eddie Ndichu, allegedly engaging in a fist fight emerged.

The clip, which made rounds on the morning of Monday, October 18, surfaced online after being shared by blogger Edgar Obare and activist Boniface Mwangi

In the clip, Eddie and his twin brother, Paul Ndichu, are seen engaging in a scuffle with an unidentified individuals.

Mwangi, through his Twitter account, explained that the sister to the victim informed him that the two brothers had allegedly attacked her and her boyfriend at a restaurant in Nairobi.

“Yesterday, my sister and I were attacked by the Ndichu twins for respectfully turning them down. They threatened to shoot us and ruin our lives."

"My sister was strangled by Paul Ndichu while her boyfriend who had come to her rescue was being strangled by Eddie," posted Mwangi on Twitter, tagging the Inspector General of Police.

One of the Ndichu's, who was dressed in a white T-shirt, was also seen struggling with a car before heading into the lobby of the building.

Mutyambai, in response to the clip during his Engage the IG talk on Twitter, directed the complainants to make a formal report.

"This incident should be reported to the nearest police station for action," directed the Inspector General of Police.

"The two have been at these their bad habits for a while now. Don't know if they have someone high up," shared a social media user identified as Gorani Nekishon.

Statistics show that 40 per cent of women in Kenya are likely to face physical and or SGBV including lifetime physical and/or sexual intimate partner violence in their lifetime.

One in five girls in Kenya also faces child marriage or Female Genital Mutilation, Kenya has a long way to go. 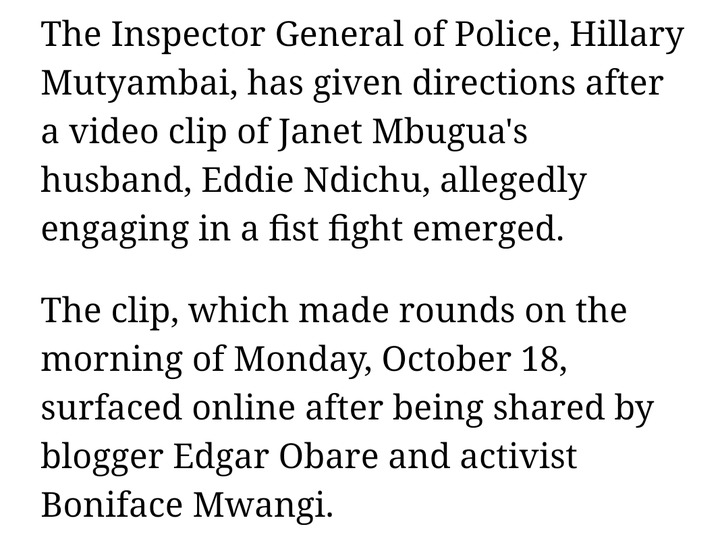