By HelenMalkia (self media writer) | 5 months ago 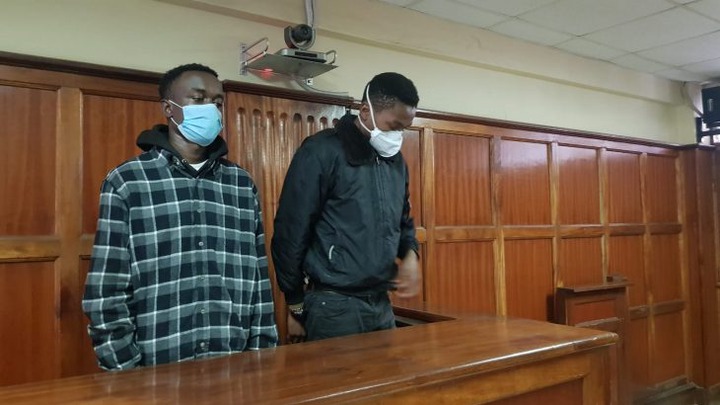 21-year-old cleaner is facing a jail term after he stole a phone belonging to his boss at Public Service Commission Offices. The urge to steal was so strong according to him because of the debts and personal problems he had.

Appearing before Nairobi Magistrate Jane Kamau, Alex Olupove Apeli of Carrose Cleaning Company was accused of taking a phone belonging to the secretary at PSC offices without her knowledge. The phone was worth Ksh 35,000 according to information provided before the court.

It was then that Apeli sold the stolen phone to another suspect Swaleh Abdul Farah who was arraigned alongside him in court. Farah bought it at Ksh 6,000. The two were nabbed after the phone was tracked by detectives.

“After stealing the phone, I gave it to Swaleh who gave me Ksh6, 000 which I gave my mother who had a burial to attend at my rural home,” read his statement as quoted by K24. 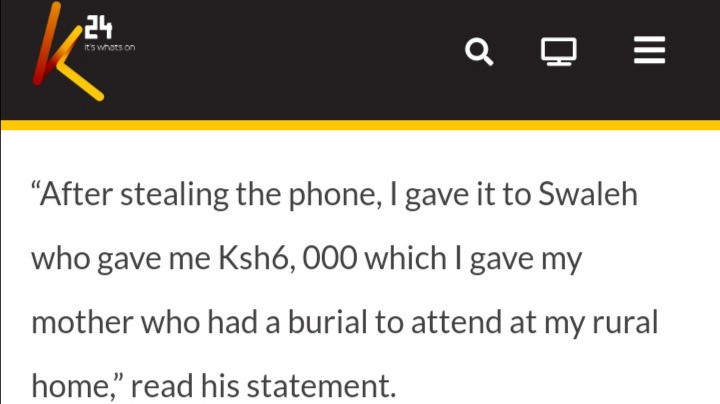 The two pleaded not guilty and were released on cash bail worth Ksh 30,000 and one contact person. The case will be mentioned at a later date.