By SamwelOnyati (self meida writer) | 13 days

It has now emerged that Jackie Maribe Ex-boyfriend has been running errands for unnamed security firm which is against his bail, according to a detective investigating Jowie he disclosed in his affidavit that the expert in private security should be detained because he was not to touch anyone upon being released, but few weeks ago it was established that Jowie had lied to the prosecution on a number of things,one being where he currently resides,according to the lead detective Jowie does not stay in Nakuru where he had claimed he was staying with his mother but rather stays in Niarobi Langata area where the Murder of Ms Kimani took place. 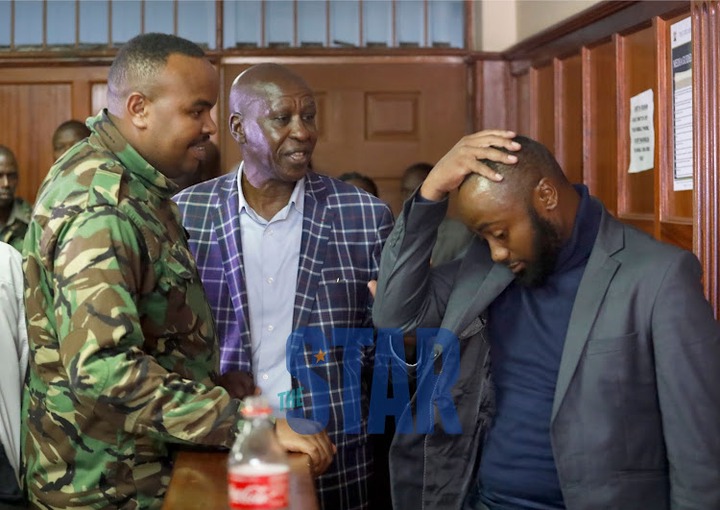 However what triggered the prosecution in demanding the Ex-boyfriend of Jackie Maribe to be detained was the fact that he beat up a man in lang’ata leaving him with injuries forcing them to reopen his bail case,DPP Nordin Hadji told the high court that his assault case was reported at Lang’ata police station,they further claimed that Irungu’s administrator had failed to bring monthly reports about his attendance.

But responding to the allegation Jowie through his lawyer claimed that he decided to get a job to support his family and his kid who depend on him for a living, on fighting he disclosed that he was to drank to remember what occurred that day.