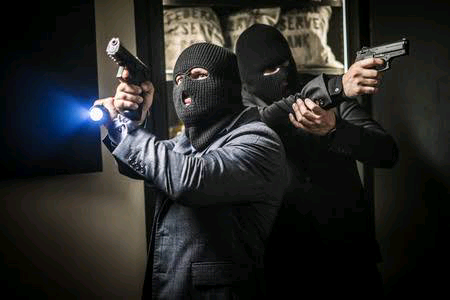 Kenya experienced a group of deadly criminals between 1970 and early 2000. These were criminals who were ready to die, but before they die, they could fight with all their strength. Police officers had a rough time. Some even had police as their informants. Before the officers plan how to capture them, they already had the information and were gone. The toughest and most dangerous were: 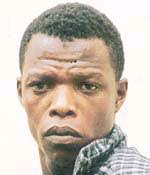 He was named after the Venezuela terrorist Carlos the Jackal who escaped the hands of the police many times. Just like Carlos, Edward Shimoli also slipped the hands of Kenya armed forces in more than a decade. In 1996, he was arrested. Later, was convicted of numerous bank robberies, drug dealing, 15 murder cases, and 84 rape cases. He was set to be hanged, but mysterious things happened. On the eve of the day, his fellow gangsters stormed Kamiti Maximum Prison, confronted and overpowered the police officers, then escaped with their master. 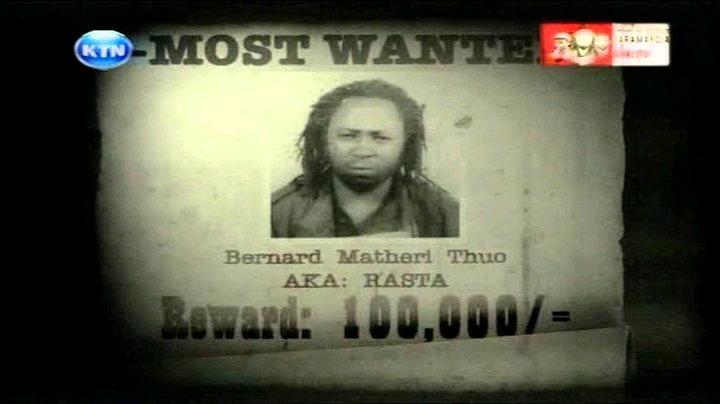 Rasta was a renowned gangster in the 1990s. He was named alongside Wacucu and Wanugu as the most wanted. At one incident, he was reported to empty a whole magazine on cops who were stalking him. He even attacked the GSU headquarters with a grenade as revenge for his dead gangsters. 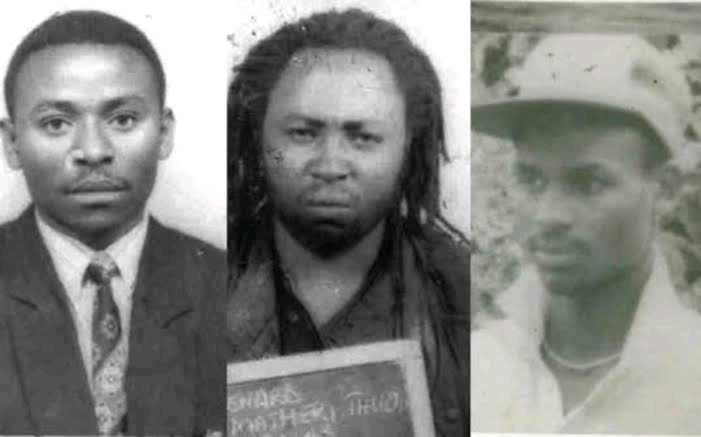 Together with his gang members, they gave police sleepless nights trying to calculate the best way to arrest them, without success. His gang had four members. One of them was John Kibera, the gangster who specialized in stealing coffins worth millions. He got saved after escaping death by a whisker. 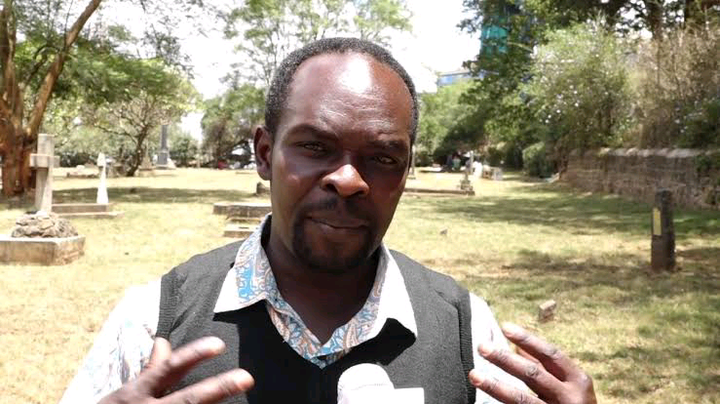 Among the gang was also Timothy Ndegwa who is currently serving a life sentence at Kamiti Prison. Rasta was later killed by Daniel Seronei's Alpha Romeo Squad in Kabatini, Nakuru. 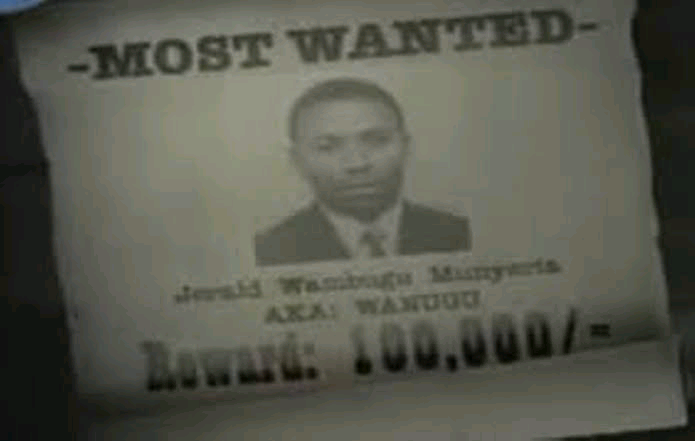 Gerald Wambugu is believed to start crime in the early 1980s till 90s. He was a hired assassin and famous bank robber who outran the feared Flying Squad officers several times. He was finally gunned down in 1996 with his girlfriend. He wanted to negotiate with the police by using his lover as bulletproof. Both were killed on the spot. 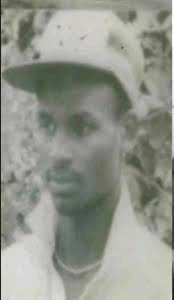 Anthony Ngugi was the most feared gangster between 1980 and late 1990. He was reported to commit high-profile murders, violent robberies, and carjacking. He ran cat-rat races with the police for more than a decade. He was later murdered in 1996 in Rongai, Kajiado. 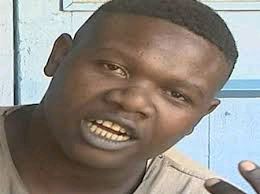 Wakinyonga hit the headlines in the 1970s as the most notorious gangster. He was a bank robber as well as a cold-blooded killer. He was nicknamed 'Criminal Godfather' because he influenced many criminals at that time. The police by then put a bounty of 100, 000 shillings on his head. His days were numbered as he was gunned down in 1978 after a gunfight with police officers in a club in Kangemi, Nairobi. 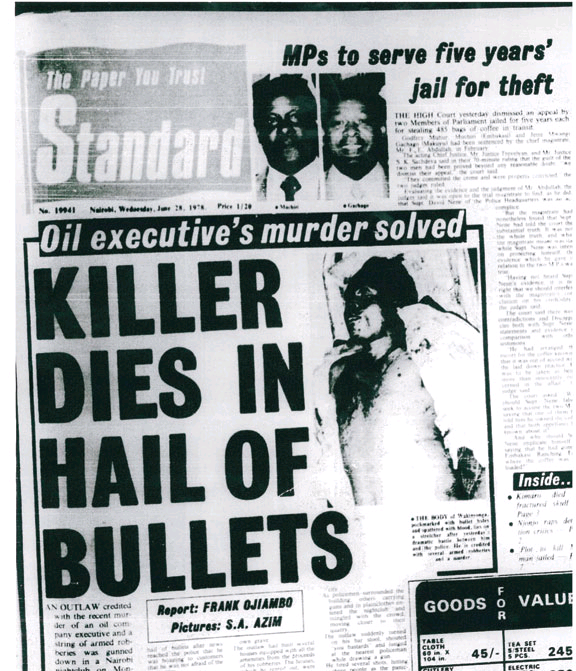 Three dead, one injured in Al- Shabaab attack in Mandera