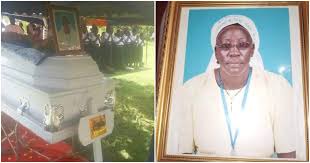 A sombre mood engulfed Kiminini village in Trans Nzoia county as the slain Judith Nafula Konya, 50 years old was being laid to rest.

According to the sources, Judith was allegedly murdered by her 21-year-old son, Brian Wafula, a student at Pwani University.

Reportedly, the two had a fierce altercation after Judith summoned her son over selling her farm produce without her knowledge. 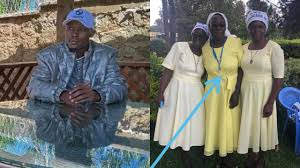 It's reported that Judith went missing before her lifeless body was found in a shallow river.

At that time her son was also missing but was found by the police in his hideouts in Kilifi in a hotel whereby he was enjoying himself drinking alcohol. 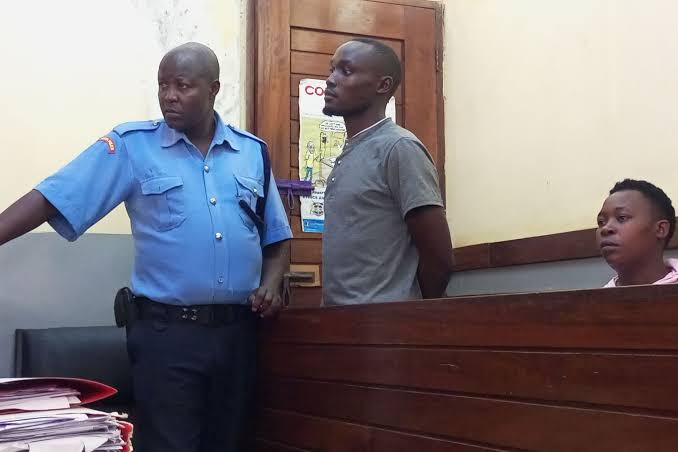 During his funeral ceremony, friends, close family members and relatives attended to bid their farewell.

Before her death, she was a lab technician at St Joseph's girl's high school. Her burial had been extended after her mother filed a petition in court seeking her body not to be buried at her husband's farm but at her parent's home.

This is because she claimed that her marriage was taboo under the Bukusu customs.

The family also wanted the late Judith's husband to pay a fine of 36 cows for the abominable act.