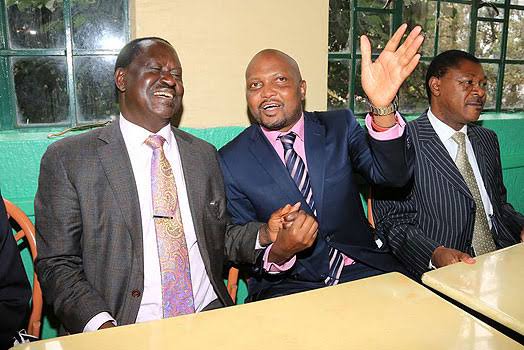 After several claims on why Gatundu South Member of Parliament was hospitalised, it finally emerged that he had suffered from burns after using an electric blanket. Earlier claims were that he was poisoned at a local bar. However, he finally disclosed what had befallen him.

Speaking to The media Kuria said that his health condition had improved and all was well. However, after Moses Kuria explained his illness the media houses like NTV captured this and aired it to the public. NTV quoted, "Moses and the burns" Disappointed Kuria reacted to these remarks and said, "Dear @ntvkenya , the reason I spoke out was to warn the public on the dangers of using products and devices not approved by Kenya Bureau of Standards or the Pharmacies and Poisons Board. It was not to provide fodder to your comedy shows much as I understand your content dry spell." 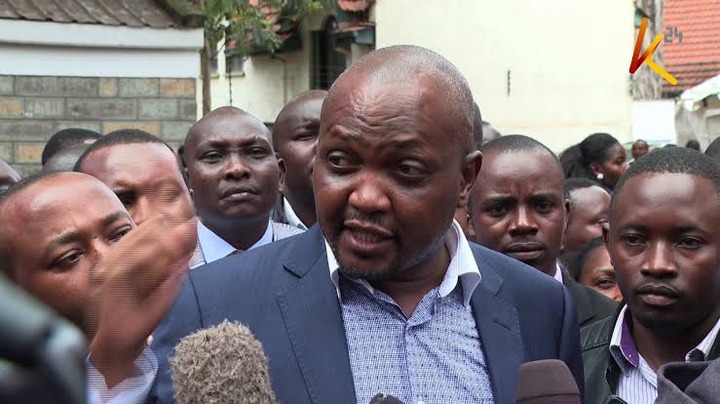 However, many Kenyans reacted to his message and some claimed that Kuria became very happy after Ruto's visit because he left some cash for him. They claimed that Ruto may waste a lot of money on him but he may finally dump him to join the Mount Kenya allies. Others mocked him and claimed that it should not be referred to as 'Moses and the Burns' but the 'Burning Bush.' 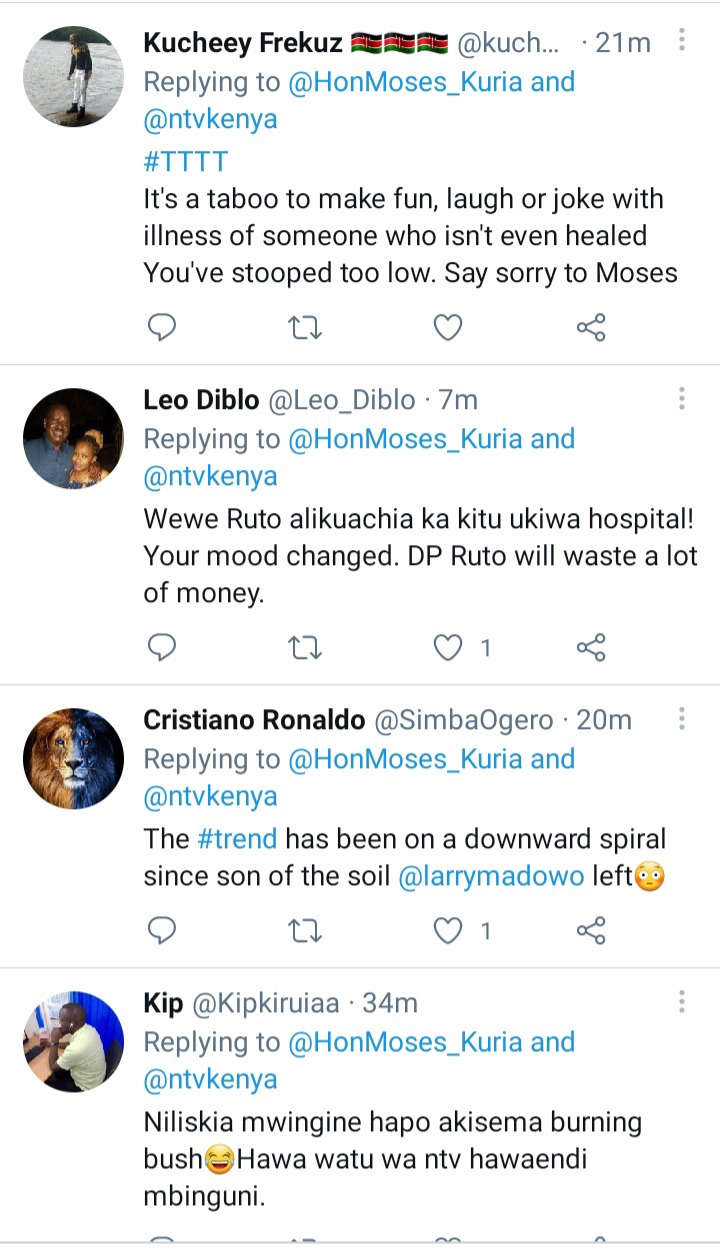 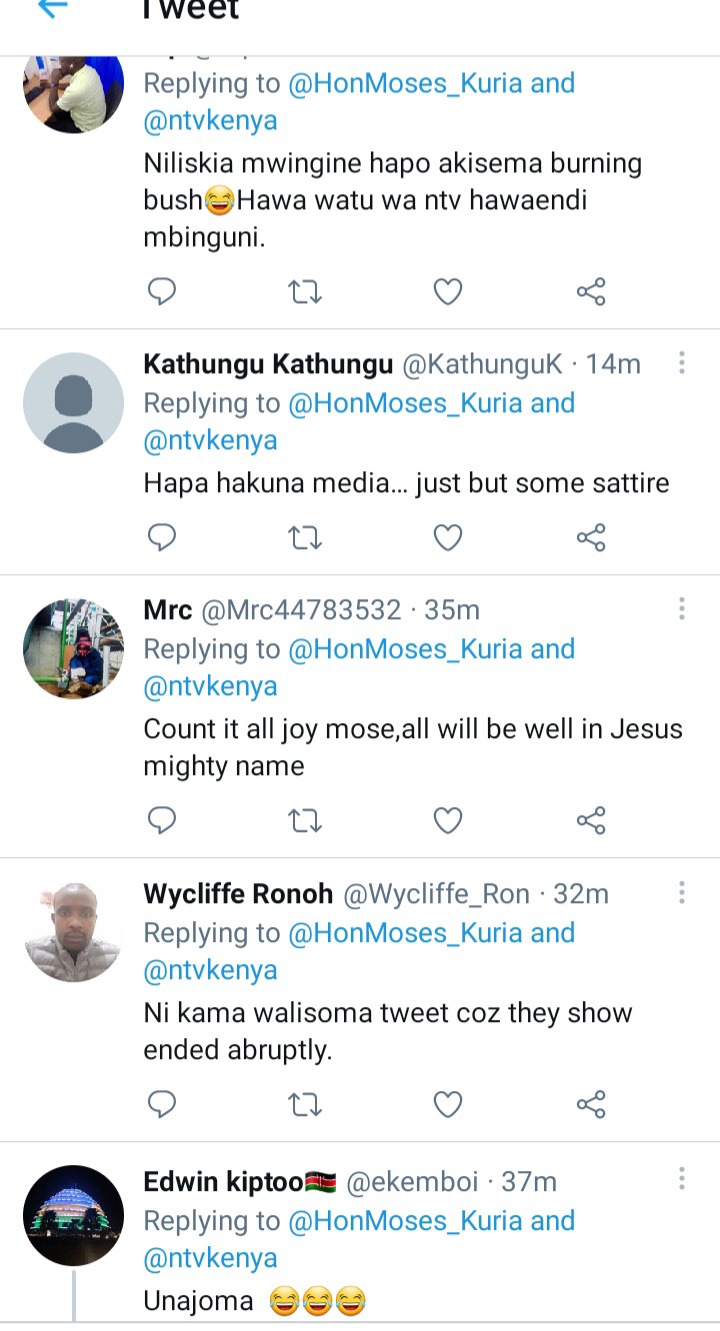 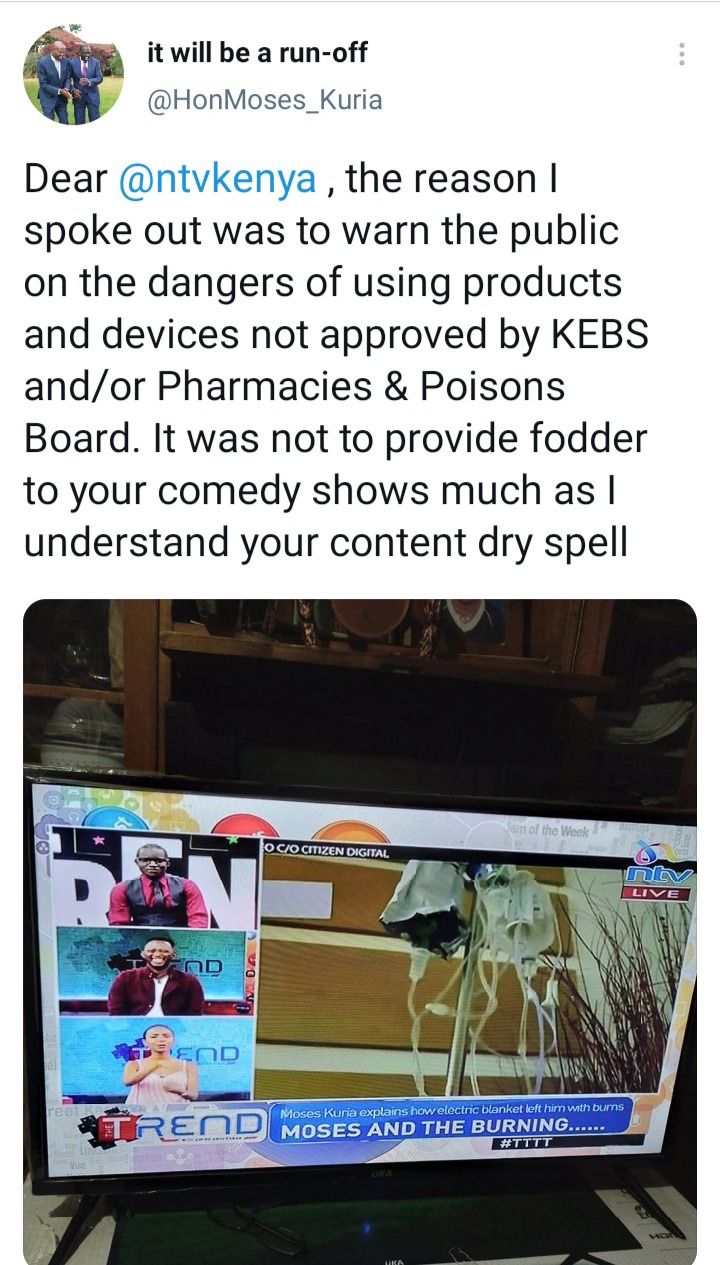 CS Magoha Attends to a Live Conference With Students In Class