In a video posted by NTV on their Twitter account shows how Enziu River that killed 30 people has gone to Normal with vehicles, tractors, motorcycles and pedestrians now passing with ease. From the posted, the school bus that was swept on Saturday and wreckage removed yesterday is seen besides the river few meters from where the tragedy happened. 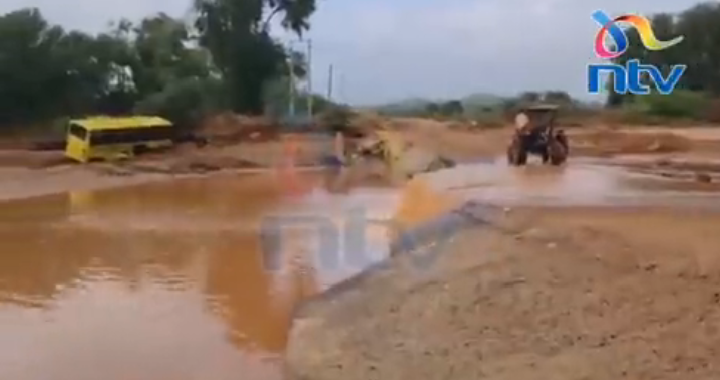 According to NTV, is like the operation that was launched in Collaboration between Kenya Defense Forces and National Youths Service is likely to be over as the process seen to have been stopped. Only a few people are seen with one man seen collecting Plastic bottles left behind by the River Enziu.

This comes after the bus that plunged into river Enziu on Saturday was retrieve Sunday evening and Seven bodies were recovered from the wrecked bus bringing the number of deaths to hits more than 30. Twenty-four deaths were reported on Saturday after the bus capsized in the river in Mwingi East. Twelve people were rescued. 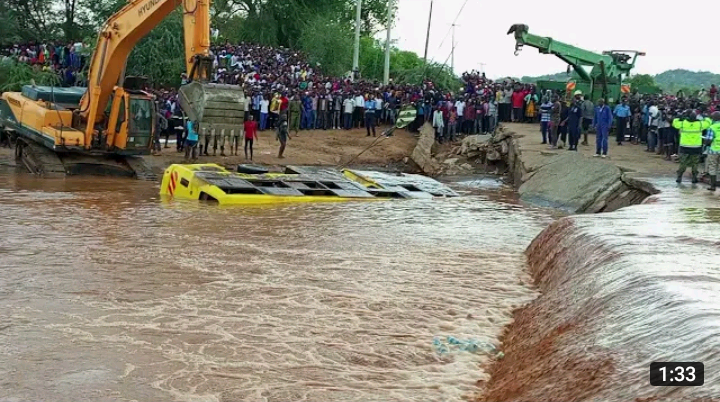 Twenty two out of the 24 victims were members of St. James Good Shepherd Catholic church in Mwingi, Kitui County who died after a St. Joseph’s Seminary bus they were traveling in was swept away by water at a rift while it attempted to cross the river at around 1.30 pm on Saturday.

MP's Vehicle Bursts Into Flames in the Middle of The Road