Confusion As Officer Wakes From A Nine-Month Coma, Finds He Was Dismissed From National Police

By HandsomeBoy01 (self media writer) | 2 months ago

National Police Service officer, Reuben Kimutai Lel was hit by a speeding car in December 2020 which resulted in fractured skull. His belongings were stolen by the first responders which made him unidentifiable when he was rushed to the hospital. 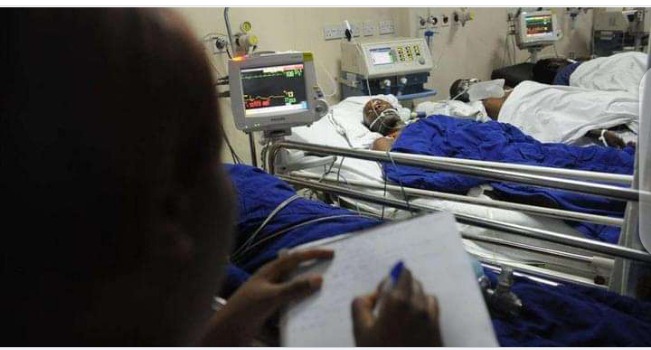 His bosses and colleagues thought he had proceeded to his leave which was due in a few days. In January, he failed to report for work where he was attached to the judiciary Makadara Law Courts. His search by his family and colleagues was in vain. The team had been given until match to find him. He failure to be traced made the National Police Service remove his name from the payroll. He started regaining consciousness in August and gave the medics his name and the process of identifying his next of kin began. He came out after a nine month coma in Kenyatta National Hospital where he has been hospitalized without the knowledge of anybody. The officer has now reunited with his family and the National Police Service has now reinstated his payroll.