"No Burial, My Son Is Still Alive" Masten Wanjala's Dad Declares His Son Is Alive

By Hotnewsnow (self media writer) | 5 months ago

The father to the serial killer Masten Wanjala has again left netizens talking after his latest remarks claiming that he his son was not killed but he is alive. According to him, his son was under tight security and the police could not have let him go. 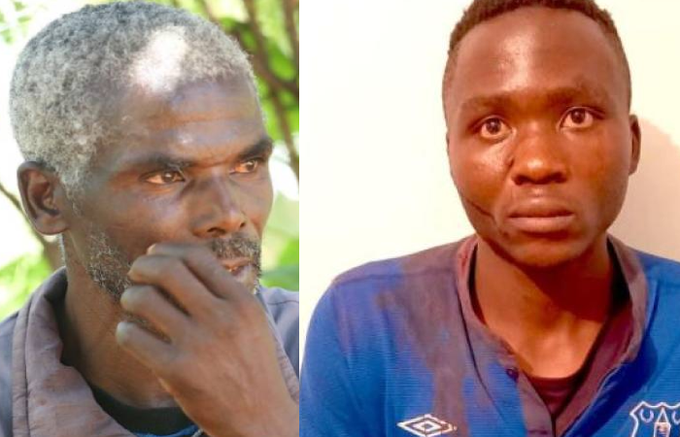 This is actually shocking details following the fact that Wanjala was killed by mob in Bungoma County few hours after he was reported to have escaped from the police where he was waiting to be taken to the court and state whether the allegations were correct or not. 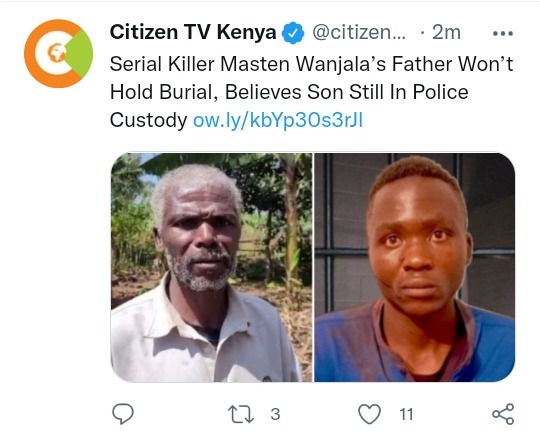 The father to the "dead" Masten Wanjala has brought the nation into discusion after he refused to hold a burial of his son. According to him, his son was not killed by mob instead he is still alive.

It is so much painful that the father to Wanjala is not satisfied with the later reports that his son was killed by mob.

Content created and supplied by: Hotnewsnow (via Opera News )

Dp William Ruto Receives Another Shocker, Publicly Told Who The Hustlers Will Vote For President

Kate Actress Reveals She is Not Lucky as She States That She Worked Hard to Be Where She is Now.

Kipchumba Murkomen Remarks After His Meeting With Kimani Ichung'wa