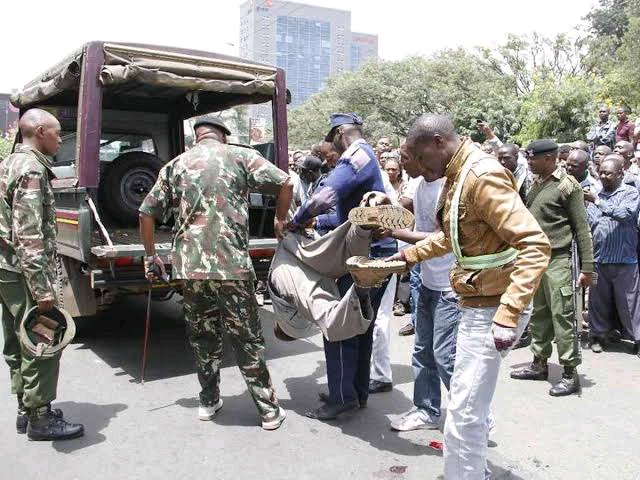 One thug was shot dead as five fled with gunshot injuries for attacking and stealing Kshs10000 and stealing smartphone from a 22-year old college student in Nairobi city’s Githurai 44 area.

The victim bJohn Ndegwa, aa college student attached to Kiambu Institute of Science and Technology was approached by a team of six machete wielding asailants, who asault and beat him thoroughly and later stole his smartphone and Sh10,000 from him.

Brief reports revealed that Ndegwa was new in Githurai and he had just escorted his brother’s to go on with his studies at Kenyatta University Teaching and Referral Hospital, before he was attacked by the miscreants.

He later strolled along Thika Superhighway and after reaching the populous township, he decided to look for a good hotel to have his lunch before approaching the thugs that wrecks havoc in the area.

Being a new visitor in Githu, he toured Majengo area where small-time robbers had tried to establish their local base, but this bored no fruits after a Police Post was erected in the area.

The thugs first ordered him to buy them cigarettes and he gave them Sh100. He later entered into a nearby food stall and had his lunch, before accosting him after he left the stall. 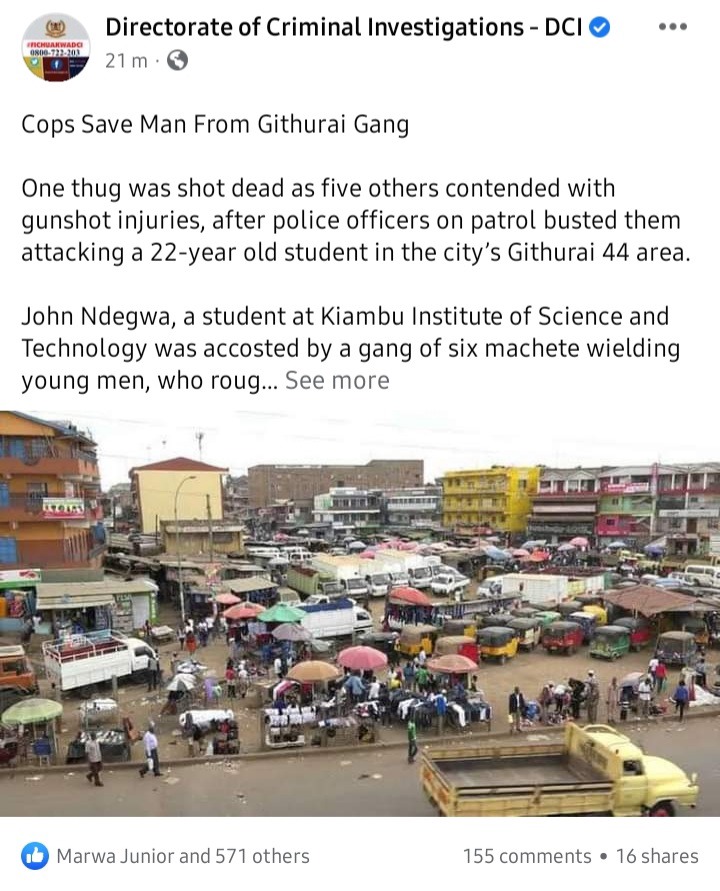 Police officers who were on around heard the commotion and swang into action responding to distress calls of the victim, accosting the robbers who dissappeared to various routes.

However, one robber wielded a home made pistol capable of firing and shot at one officer, who fell down and later shot him leaving him nursing serious injury.

Meanwhile, a smartphone possessed by the victim was seized from the fallen thug, whose body was transferred to the City mortuary.

Bad News To Kenyans As The Prices Of Wheat Flour Rises In The Country. The New Price Now Announced