Causes of rising suicide cases by Police Officers in Kenya.

By NewsAdvocate (self media writer) | 11 days ago 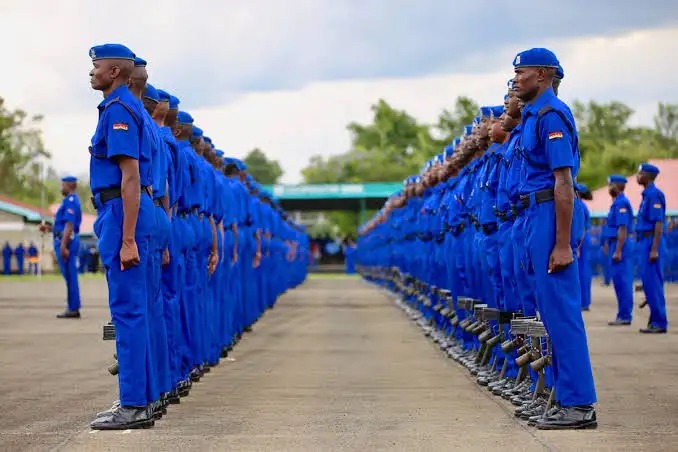 On Friday , a male police officer attached to Parklands DCI, hang himself in his house in Kasarani .This suicide comes just few weeks after another officer shot himself dead.

There are few or not studies on why suicide in disciplined forces is on the rise in Kenya.

Most suicide survivors have reported wanting not so much to die as to stop living, a strange contradiction but a valid one nonetheless. If such an in-between state existed, some other alternative to death, I am sure many suicidal people would take it.

Police officers experience upsetting events in their work more than other professions in society yet the Kenya Police Service capacity to address the resulting psychological challenges is grossly inadequate.

Currently , most police officers consider human remains handling and death scene investigation routine. These tasks are loaded with emotional significance and are often accompanied by sights, sounds, smells, tastes, and touch sensations of the most unpleasant kind.

As human beings, officers are vulnerable to the emotional and sensory aspects of body handling and death scene investigation.

﻿With a very weak psychosocial support system at work, they develop mature coping strategies and responses on their own, that allow them to shrug off all but the most vivid of death scene and dead body experiences.

However, due to the magnitude, horror, or bizarreness of these scenes, they leave enduring impressions upon the spirit of even the most experienced police officer.

They may not show any outward emotional response, but will develop or experience long-term psychological problems, with significant impairment.

The real reason behind the growing number of military suicides is underlying mental health issues citing depression and alcohol abuse.

These are all problems that are fundamentally treatable at some level. However, the Police Service will have to change the way it handles officers with mental illness if we expect to see the number of suicides decline.

The Service also needs to address the root causes of depression and drug abuse. Highhandedness of police bosses, long working hours, poor working conditions and handling traumatic events like grisly road accidents on a regular basis are some of the root causes of these illnesses in the force.

The Service need to have a functional psychiatry department or outsource counseling services to reputable firms so that officers can feel free to seek those services outside their intimidating work environment.

The service should also consider a curriculum on stress management, conflict resolution and supervisor training in their training colleges. A selected team of officers should also be trained as peer counselors.

As a society, we need to support the officers for the work they do despite the many weaknesses the force has. Most suicide attempts can be stopped if appropriate help is availed on time.

If you are a Police officer who in emotional distress and contemplating suicide, please reach out for help; there are many people who really do care about you, who really do want to help you, and don't want to attend your funeral.

Seeking help is a sign of strength not weakness. It is the first step in regaining control in your life. Always remember when there is life there is hope.