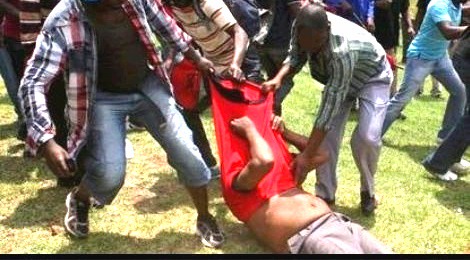 Residents of Kinoo in Kiambu County were last night treated to a rare drama after three thugs who had just robbed a ldy at gunpoint were nabbed by a blood baying mob.

According to the DCI, the three miscreants had robbed a lady using a home made gun that can fire before taking to their heels on a motorcycle.

However, Bodaboda riders who were waiting for customers at a nearby stage heard the lady screaming and responded promptly.

A wild chase ensued and on neck break speed the three rogue thugs were cornered by the irate riders.

Reports indicate that one of the thugs tried to jump off the speed motorcycle but landed badly on the tarmac.

With some heavy kicks and blows, the irate Bodaboda riders rained on the wrong doers leaving them seriously injured.

Police officers from kikuyu responded after receiving wind of the commotion, the three were saved as the irate residents got ready to send them to the afterlife.

They currently recoup rating at the Kiambu level 5 hospital under tight security. 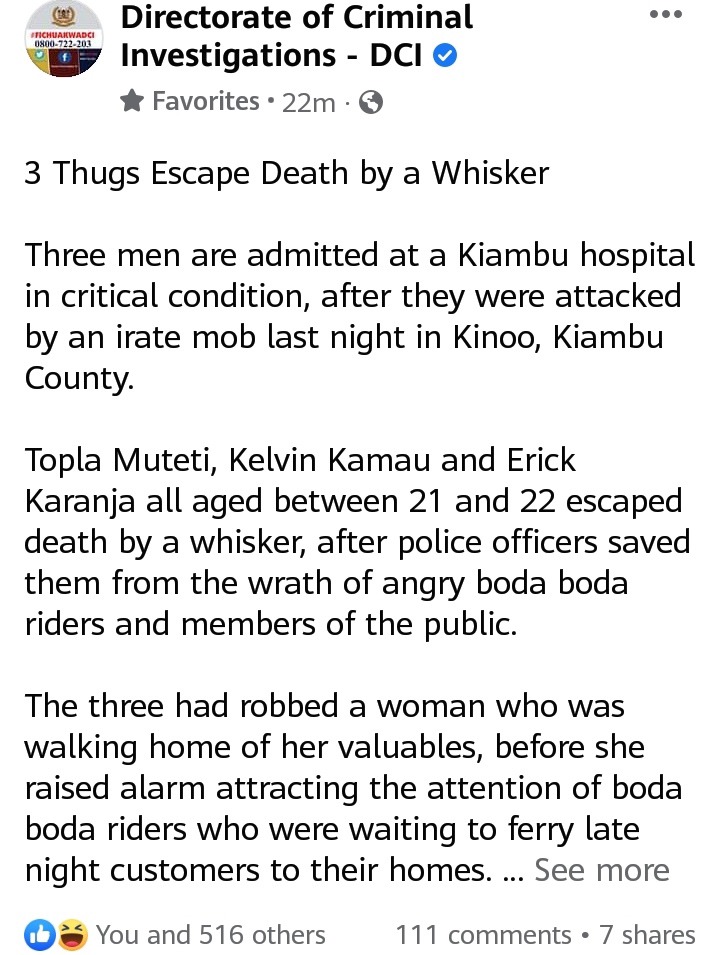