A student in Naivasha who was caught chewing another man's wife is in serious trouble after he cut the throat of the husband. It is believed that the 17-year-old had been tricked by the man to enter his house for discipline, only for the boy to kill the man with a kitchen knife. 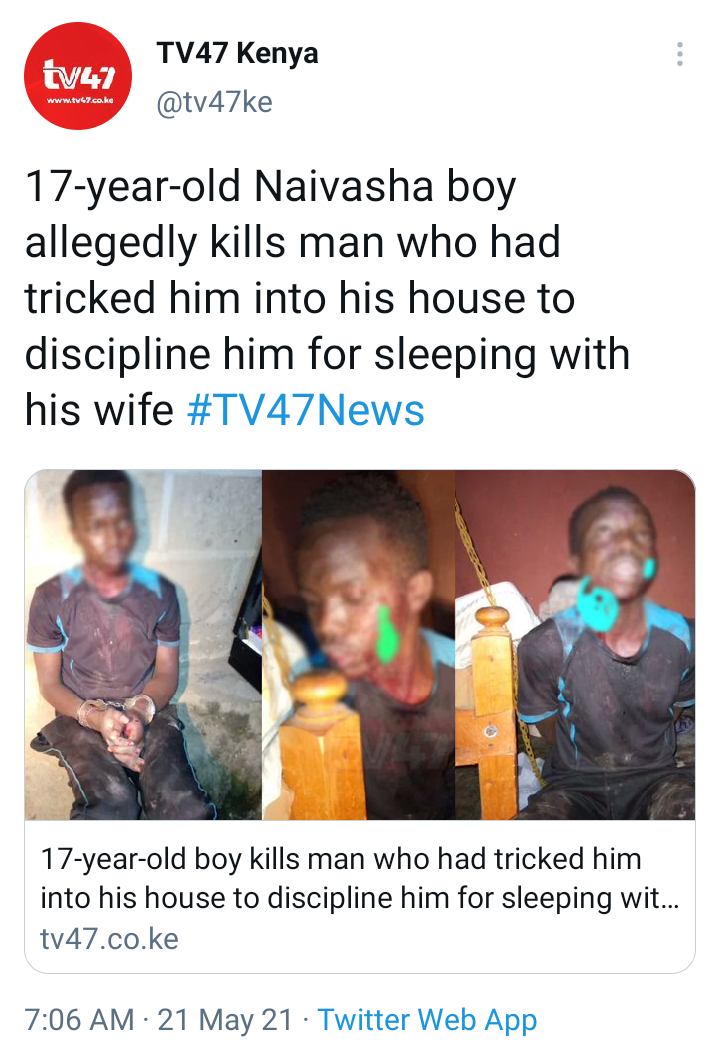 The boy had been entrapped by the man- who is said to be a family friend- into entering the house but a scuffle ensued. Neighbors were left shocked by the incident as they described the two as practically friends. 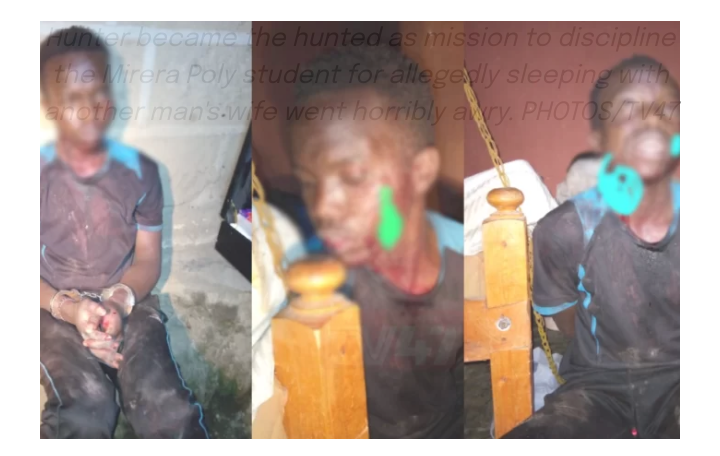 The young man, who is only identified as Dennis, is a student at Mirera Polytechnic. He joined the polytechnic in January to begin his Mechanical Engineering course at the school.

The father of one is said to have suspected his estranged wife of cheating on him with the 17-year-old Dennis. He tricked Dennis into coming to his house by promising to send him to Nairobi to deliver some artwork, upon which he would be paid 10,000 shillings.

When he entered the house, however, the man changed the narrative and said he planned to send him to Nairobi to do a reconnaissance mission on his wife who had relocated there with their child.

When Dennis refused to partake in this mission, the man picked a knife from the kitchen of the single room apartment he lives in.

Thanks to incredible reflexes, Dennis was able to snatch the knife from him and, in self defense, kill the 33-year-old by slitting his throat.

Police collected the murder weapon from the scene and arrested the young man. The body of the deceased lies at Naivasha Level 5 Hospital.