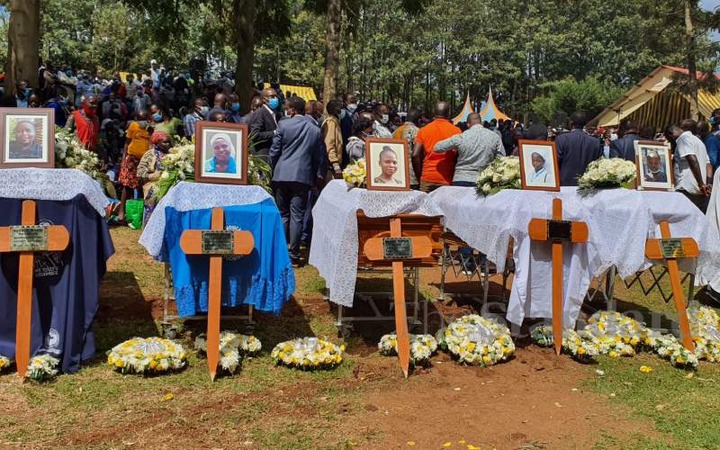 Two minor boys who survived a road crash that killed their parents and three sisters have reportedly been stranded at the Coast General hospital, after failed attempts to access their Mombasa home.

The two, aged ten and three, cannot access their family home in Mombasa despite being alowed to go home. This follows a tussle for the control of the deceased's property.

Neighbours and sisters to Robert Bundi, the father of the two, have pointed an accusing finger to his brothers for locking up their Mombasa home while turning a deaf ear on the two young boys.

"The kids were discharged last week but don't have anywhere to go. The door was locked by their uncles and now accessing the house to even freshen up the kids is an issue," stated one of the neighbours to the deceased.

Bundi’s church, friends and neighbours remained concerned that after the send-off, his elder brother, Dennis Nyamweno seized full control of the deceased's property, and has since been unreachable.

He no longer picks calls, and whenever he does, he mostly chooses on who to speak with, sending fears over an alleged property tussle.

The accused Nyamweno however denied claims over any wrangles, adding that everything was in control. He dismissed the allegations that he was not concerned, adding that he cannot act blind on the orphans he was tasked with taking care of.

The five were laid to rest in a mass grave on January 7, at their rural home in Kisii County.